Fight to the death: Alvaro Recoba describes Uruguay clash with Italy as "game of death" 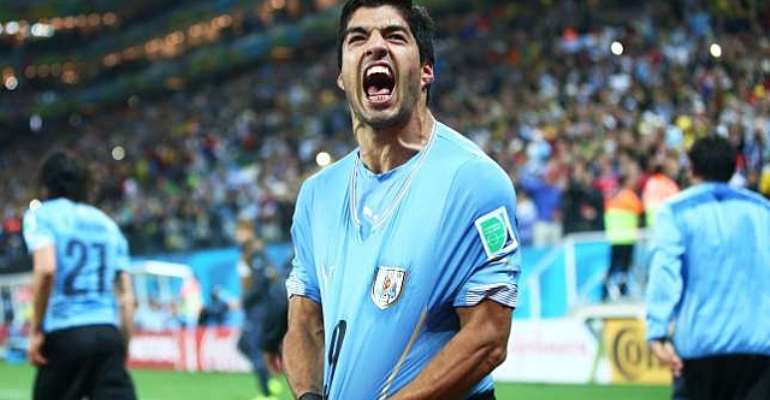 Uruguay must beat Cesare Prandelli"s side at Estadio das Dunas on Tuesday to progress from Group D along with Costa Rica.

Luis Suarez returned from injury to inspire Uruguay to a 2-1 win over England last Thursday and Costa Rica's victory over Italy ensured Prandelli's men and the South American nation are level on three points, although the Azzurri have a superior goal difference.

Suarez scored both goals against Roy Hodgson's side, but former Uruguay and Inter forward Recoba insists his country are not solely reliant on the clinical Liverpool striker to see them through to the last 16.

He told Gazzetta dello Sport : "This will be the game of death, the worst that could have happened to both teams.

"The victory over England has raised the morale of all, there is a lot of enthusiasm too - I do not want an end that is counterproductive. We must all be aware that we face a tough obstacle.

"Luis Suarez? He is a magnificent player, a lethal striker, complete. Let's just hope that he is okay. And he is the man who makes the difference.

"He returned in record time from an important operation and played virtually all of the previous game, but now we have to look at his margins of recovery. Of course, with him at least at 80 per cent, optimism and opportunity is ours.

"We have several other weapons, apart from (Edinson) Cavani. The mindset in general has also changed, not only in our country. Today in football you must win only through quality."

Recoba went on to say that keeping Italy playmaker Andrea Pirlo and striker Mario Balotelli quiet will be the key for Uruguay.

"Pirlo should be followed all the way to the changing rooms and then even into the bathroom," he added.

"There is a loose cannon in Balotelli. They tell me that he never maintains a whole season at a high level, but the problem is that everything is decided for us in 90 minutes and if Balotelli steps out there on the right foot, in a single game he can send anyone into a tailspin."