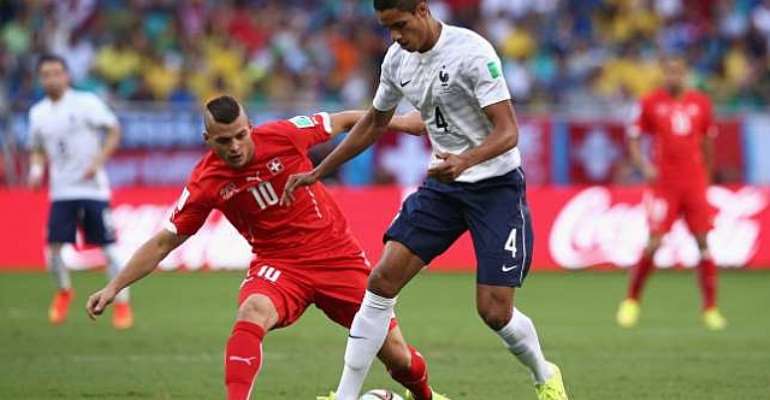 Raphael Varane sat out the session with gastroenteritis, according to reports, while fellow central defenders Mamadou Sakho (thigh) and Laurent Koscielny (Achilles) were also absent, as they received treatment for ongoing injuries.

Varane and Sakho have started France's opening two matches in Brazil, although the latter was replaced by Koscielny in the second half against Switzerland, however, the trio's fitness problems could test the depth of Didier Deschamps' squad versus Ecuador.

Despite having won both games so far in Brazil, France still need at least a point against Ecuador to be certain of reaching the knockout stages.

If Deschamps is unable to field any of Varane, Sakho and Koscielny, Porto's Eliaquim Mangala will be the only natural central defender remaining in France's squad, while Bacary Sagna could potentially fill in, having played in the middle of Arsenal's back four on a number of occasions.