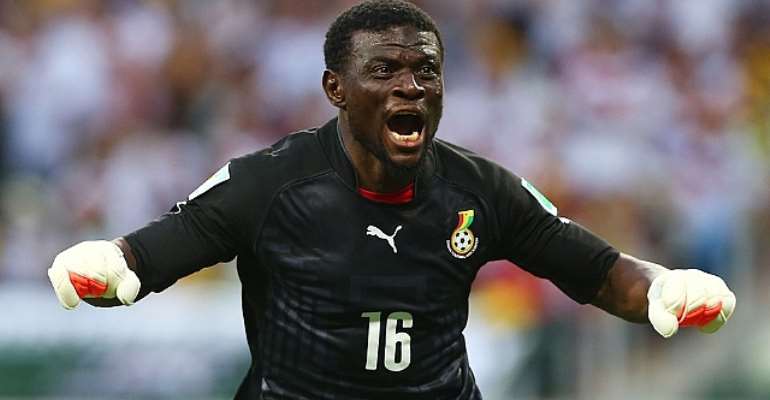 By Ameenu Shardow
Follow on Twitter @alooameenu
Ghana goalkeeper Fatawu Dauda believes he has profited immensely from the massive criticisms received for his lack of regular games at club level.

The 28-year-old excelled on his World Cup debut for the Black Stars where he helped the side to a thrilling 2-2 draw with Germany on Saturday.

Many relegated Dauda to play second fiddle to Adam Kwarasey going into the 2014 World Cup due to his struggles at club level where he made just three appearances for Orlando Pirates all-season-long.

But the ex AshantiGold shot-stopper made a strong case for a starting role with the Black Stars after coming up with vital saves in the draw with Germany having been dropped for Ghana's opening defeat to the United States.

Dauda now says the heap of bashing received in recent times over his lack of sharpness due to lacking regular first team action at his club has helped him.

“The criticisms sometimes help, it makes you know that you are not there yet or not perfect and therefore it motivates me to work harder,” he told GHANAsoccernet . om.

“In football, when you are not playing regularly, it doesn't mean you are a bad player.

“ Holland for instance have two goalkeepers at this World Cup – one at Newcastle and the other at Swansea – but at the end of the day only one will get the chance to keep.

“It doesn't mean the others are not good.”

Election 2020: Only Uniform Personnel Will Be Deployed – Gha...
59 minutes ago