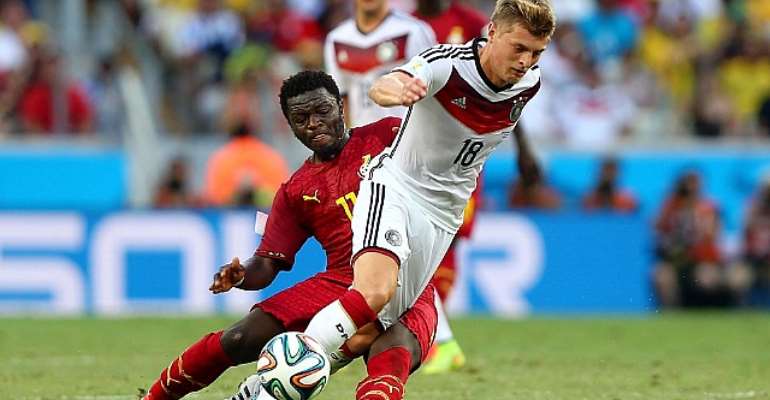 By Ameenu Shardow
Follow on Twitter @alooameenu
Ghana coach Kwesi Appiah is confident of finding a suitable replacement for suspended Sulley Muntari despite admitting to the huge blow of missing his influential midfielder for the final group game against Portugal.

The 28-year-old is out of the final Group G clash after receiving his second booking of the tournament in the thrilling 2-2 draw against Germany on Saturday.

Muntari has been in sensational form for the Black Stars at the ongoing World Cup in Brazil.

His partnership and mentoring of Rabiu Mohammed in the heart of the Ghana midfield has also been exceptional.

This will however be missing in Ghana's final group game against Portugal with the AC Milan star's suspension.

But coach Kwesi Appiah believes it offers a unique opportunity for other players to make the step up.

“[Sulley] Muntari has played two fantastic games for us but it is rather unfortunate that he will be missing the next game,” Appiah said.

“We will have to psyche the other young players in the team to play his role in the next game.”