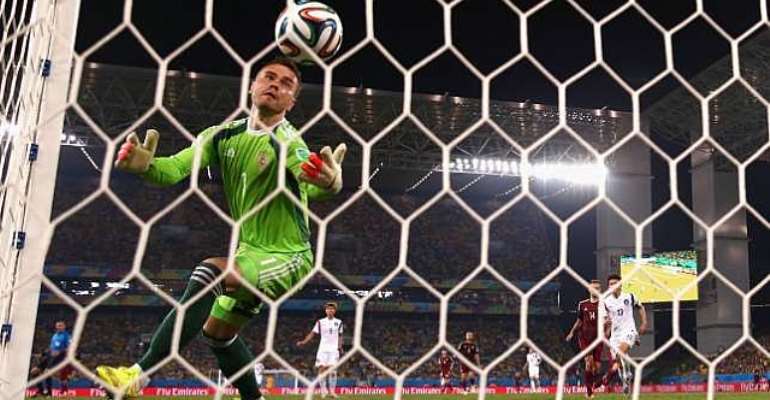 CSKA Moscow goalkeeper Akinfeev made a dreadful error in Russia's opening Group H encounter against South Korea, allowing Lee Keun-ho's speculative effort to squirm from his grasp and drop into the net.

Aleksandr Kerzhakov came off the bench to spare Akinfeev's blushes with a 74th-equaliser minute that secured a 1-1 draw.

Vasili Berezutski - skippering Russia in the knee-injury absence of Roman Shirokov - refused to make a big issue of his club team-mate's gaffe ahead of the Maracana meeting.

"He is a very experienced goalkeeper," Berezutski told reporters. "I didn't say anything in particular to him. Everyone can make mistakes. I told him to get up and not to waste time. We needed to get back in the game."

Boss Fabio Capello was glowing in his praise of Akinfeev and added: "He is a great goalkeeper, one of the best in the world."

Although Belgium came from behind to win their first game 2-1 against Algeria, Capello pointed to a patchy performance from Marc Wilmots' side to illustrate that neither country had enjoyed the start they had hoped for in Brazil.

"Nothing whatsoever changes just because they won the first match," the Italian said.

"They suffered too. They had three chances and scored twice. We had the chance to score a second goal and we failed to do that. That's where the difference lies."