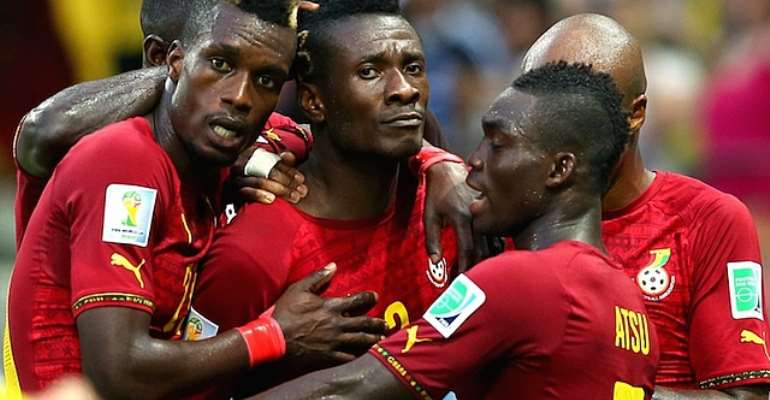 Ghana captain Asamoah Gyan has praised his teammates for putting up a spirited display in their 2-2 draw with Germany.

The Al Ain striker gave them the Black Stars a 2-1 lead but substitute Miroslav Klose stabbed in from close range to earn a point for the Germans.

Gyan, though disappointed to secure a win, was satisfied with their overall performance.

“It was a great game and I would like to congratulate the team-we believed in ourselves against a tough side. We had to respect Germany but we were close,” Gyan said in a post-match interview.

“We saw the real Ghana today. We were tactically perfect, we had to work hard because Germany are so good in possession. We didn't want to run around and waste energy.

“Now we have to go all out against Portugal in our last game. We have to focus and believe we can beat Portugal.”

Ghana must now beat Portugal in their final Group G match on Thursday and hope other results their way to progress to the knockout stage.