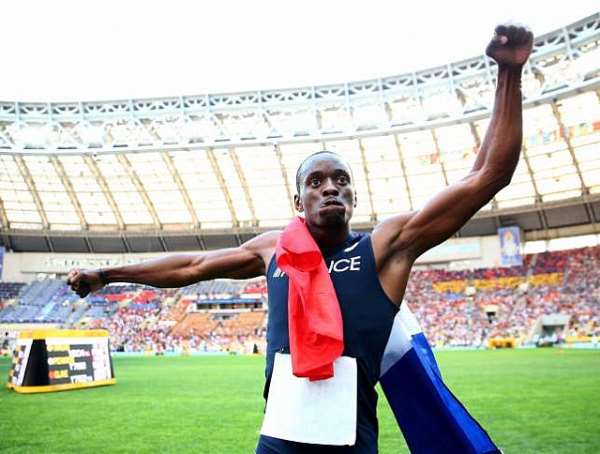 The Frenchman, who claimed the world crown with a leap of 18.04 metres in Moscow last year, has been hit with the sanction after failing to attend scheduled appointments earlier this year.

The French Athletics Federation (FFA) announced the suspension on their official website on Saturday, with the ban backdated to the last of the missed tests - March 18.

A statement from the FFA revealed that the 25-year-old has until July 21 to launch an appeal to the Court of Arbitration for Sport (CAS).

Tamgho - also a former world and European indoor champion, who became only the third man to clear the 18m mark with his jump in Moscow - is currently out of action after fracturing his tibia last year.

He was forced to undergo surgery on the problem in November, having already missed the London 2012 Olympic Games after a previous operation on his ankle.