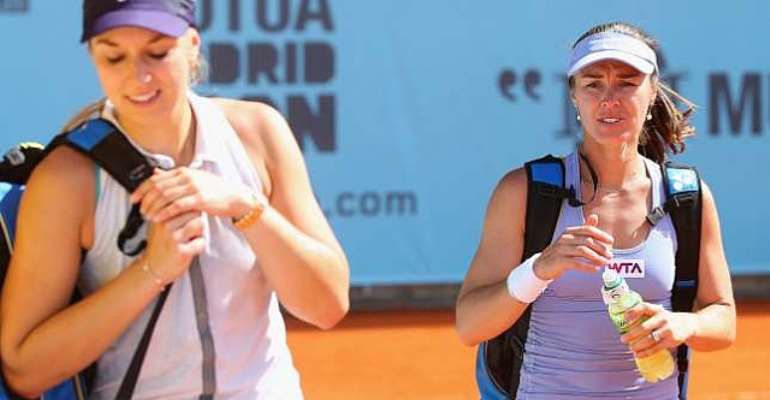 Lisicki reached the final of the grass-court grand slam last year only to be beaten by Marion Bartoli in the showpiece event, but her preparations for the upcoming tournament have been dealt a blow.

The world number 19 appointed Hingis as her coach at the Australian Open earlier this year after building up a relationship with her on the doubles circuit.

Having struggled with injuries her results have not been as impressive as she would have liked, but it is 33-year-old Hingis' resurgence as a doubles player that has seen the split.

The pair won the Sony Open in Miami earlier this year, but Hingis has gone on to forge a new partnership with Vera Zvonareva.

They were handed a wildcard for the doubles tournament at Wimbledon, and Lisicki explained they had parted ways so Hingis could focus on her own game.

"Martina and I have parted ways on a mutual agreement," she posted on her official Facebook page.

"After winning the doubles title in Miami she found the desire to play doubles again.

"I wish her much luck and maybe we play a few doubles here and there!"

Hingis and Zvonareva will face fourth seeds Cara Black and Sania Mirza in their opening match, while in the singles Lisicki, who is seeded 19th, was drawn against Julia Glushko.