Cameroon captain Samuel Eto'o set to hit back at critics 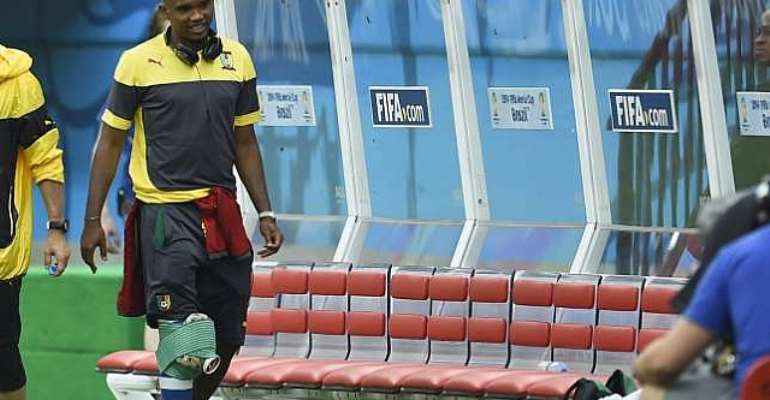 Eto'o and his team-mates were accused of refusing to board the plane to leave for Brazil 2014 due to a pay dispute, while the 33-year-old striker has been subject of negative headlines in Cameroon after revealing a knee injury might keep him out of Wednesday's game against Croatia.

But the former Chelsea forward says the criticism is unfair and he plans to respond to his critics after the tournament.

"I would like to tell you what I think but I think that the most important thing is tomorrow's game and our World Cup," Eto'o told a news conference.

"I hope it won't stop too early as many people want it to.

"But be sure that after the World Cup, all the people that attacked me, I will answer them and I will give names of those who are behind some controversies.

"I want to make the Cameroon people understand, those who love or don't love this country. Then I will take my personal decision."

Eto'o's knee injury has been troubling him for over three months and he appears unlikely to start his country's crucial Group A clash against Croatia in Manaus.

Cameroon coach Volker Finke said Eto'o may be used off the bench.

"Regarding his knee, there is no secret. It is a long-time injury so we know everything about it," Finke said.

"The most important is our game and the fact that Samuel will be with us but maybe as substitute. I don't think that he will start.

"It is going to be very complicated. And in terms of health we can't make miracles. So we have to work very seriously and I know that Samuel wants to help the team.

"He wants to work for his country. I think that we will find a good decision tonight."

'Give peace a chance', ICoast ex-president tells police
5 minutes ago