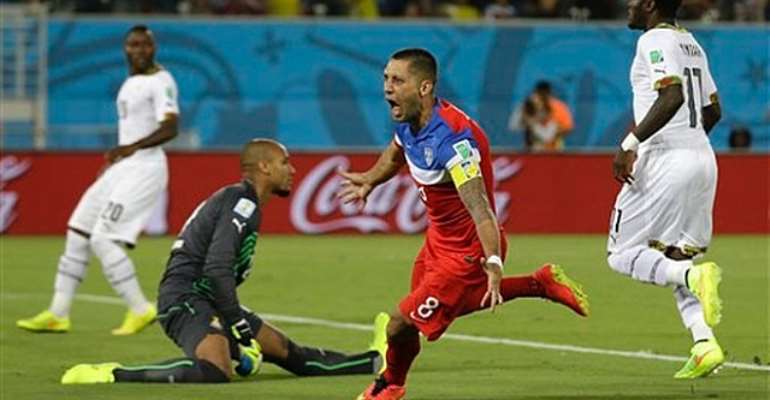 Sports analyst Christopher Opoku has blamed the technical bench of the Black Stars for the team's loss to old foe USA in their opening match at the ongoing 2014 FIFA World Cup in Brazil.

He told Joy News on Tuesday, a day after the 'painful' defeat that he was convinced the game was lost from the bench and criticized the coach for several poor decisions.

Black Stars' head coach, Kwasi Appiah has come under fire following his team's 1-2 defeat. Striker Kevin Prince Boateng is one of those who disagreed with Kwesi Appiah's preference for youth to experience.

Kevin and Michael Essien considered as two of the most experienced members of the team were left on the bench till after the first half. Kevin is reported to have criticised the decision after the match, saying he was surprised that he did not start the game.

But Kwesi Appiah doesn't think selection was the problem. He thinks the players lacked concentration when it mattered most.

However Christopher Opoku analysed “I might sound controversial and very blunt, but the Game was lost from the bench”.

The same defensive blunder was exhibited in Ghana's friendly against Netherlands, and felt the coach should have worked on the anomaly.

He also criticized the coach for playing Kwadwo Asamoah on the left, a player he said was Ghana's best man on the pitch.

Noting that Ghana's “back leaves a lot to be desired”, Christopher Opoku questioned the caliber of defenders the coach took to the world showpiece.

Kwesi Appiah snubbed local defenders for 'competent' foreign-based ones, but in Chris' assessment, the team's “weakest link is the back”.

In explaining why he started experienced Kevin Prince Boateng and Michael Essien from the bench, the coach said his intention was to bring them on when the USA were tired.

But that is suicidal, Christopher Opoku indicated. Using your weak team to get your opponent tired “is not done”, he said, stressing he was “shocked” by the decision.

Meanwhile, the player who scored Ghana's only goal in the 2-1 defeat, Andre Ayew is hopeful the team could still make it despite last night's set back.