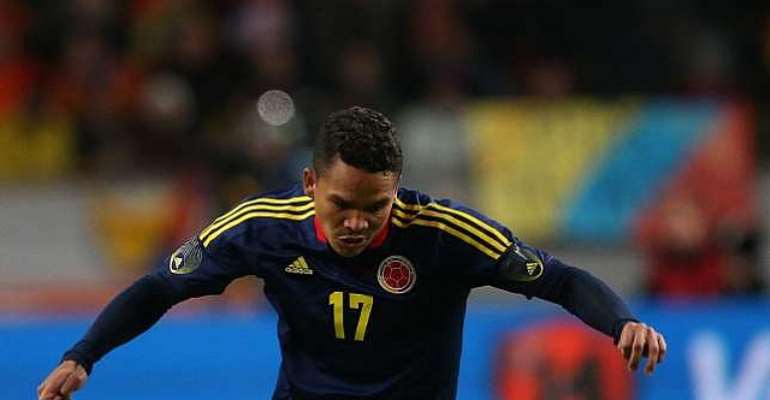 The Sevilla forward pulled up with the issue during a training session on Sunday, and subsequently underwent a scan on the complaint.

Colombia's medical team have now determined that Bacca could be unavailable for up to 10 days, meaning he is also a major doubt for Colombia's final Group C clash with Japan next week.

"After the assessments made by the Colombia medical staff, led by Dr Carlos Ulloa, it was determined that Carlos Bacca suffered a grade one muscle injury, which requires a treatment period of 7 to 10 days," read a statement on the Colombian Football Federation's official website.

With Monaco striker Radamel Falcao having failed to recover from a serious knee injury in time for the World Cup, Bacca's injury further depletes Colombia's options up front.

However, River Plate forward Teofilo Gutierrez was among the scorers in Colombia's 3-0 triumph over Greece in their Group C opener last Saturday, while Jackson Martinez and Adrian Ramos are also available to coach Jose Pekerman.