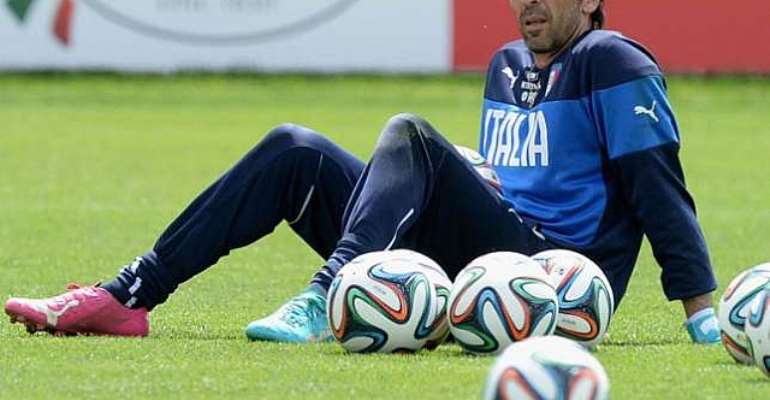 Italy's number one goalkeeper Gianluigi Buffon is out of their World Cup opener with England tonight.

The 36-year-old pulled up during last night's training session at the Arena Amazonia in Manaus with a sprained left ankle, so Salvatore Sirigu starts in goal.

The Azzuri's captain underwent physiotherapy both yesterday and again this morning, but the fitness tests performed in the hotel gym were not reassuring.

It's reported Buffon sustained the injury during a practice goal kick.

This means Paris Saint-Germain goalkeeper Sirigu gets the nod in only his ninth cap, the second competitive match for Italy.