Not quitting: Van Persie wants to retire at 42 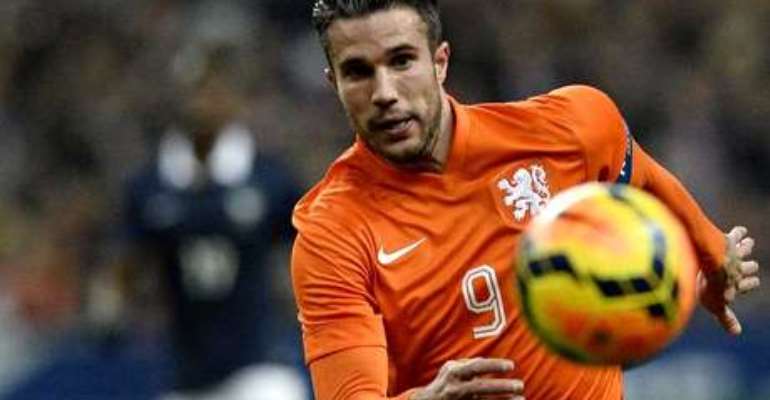 Manchester United striker Robin van Persie says he would like to carry on playing football to the age of 42.

He told, the club's official magazine, Inside United that he still loves playing the beautiful game and plans to prolong his career for another 12 years.

'Ideally, I want to play until I'm 40 - maybe I can even stretch that to 42 - but that's what I want because this is what I love doing and it's what I've done my whole life,' he said.

'I want to stretch out this experience as long as possible because I like it so much. My goal is to play 22 years of professional football and I want to experience as many good moments as I can.'

It isn't just the thrill of match day that enthuses Van Persie, as the former Arsenal star added that he strives to improve every day in training.

'I still love the challenge of going out on the training ground and improving my game, seeing if I can get better,' he said.

'I don't know what my maximum is, but I'm always striving to be better than I have been before.'

The 30-year-old is currently on international duty with the Netherlands as they bid to win a first World Cup.

'Give peace a chance', ICoast ex-president tells police
30 minutes ago