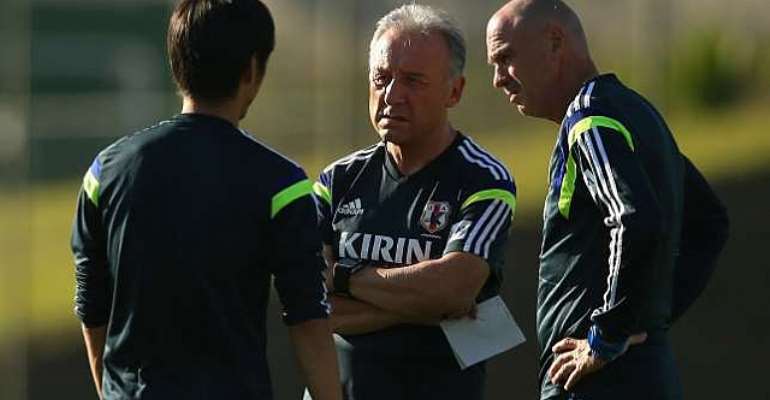 Zaccheroni's side have kept just one clean sheet in their past nine matches, including needing a comeback to overcome Zambia 4-3 in their final pre-FIFA World Cup friendly.

The Italian, whose side face the Ivory Coast in Group C on Saturday, has no doubt about his team's overall capabilities, but called for defensive improvement.

"Our team is well balanced," he told reporters.
"What we need is concentration on marking. In the previous match, the forward and midfielders didn't defend enough.

"I just expect from the players what I've always expected. I will be careful about how the players prepare for the match, though.

"I'll tell them to focus on starting the match in good condition. Neither too relaxed, nor too tensed.

"As this team is well balanced in age and experience, I don't see any problems. Judging by the players' status, I believe our preparation is going smoothly."

Zaccheroni has instructed his players to embrace their creative instincts in the attacking third, but also to ensure they kept their shape.

"For four years, I've told them to play confidently in approaching the opponent's goal, but also to keep the balance of the team," he said.

"Every single player is required to cover the massive pitch. The midfielders and the forward also have to join in defence. All the players need to be responsible for any mistakes as a team."