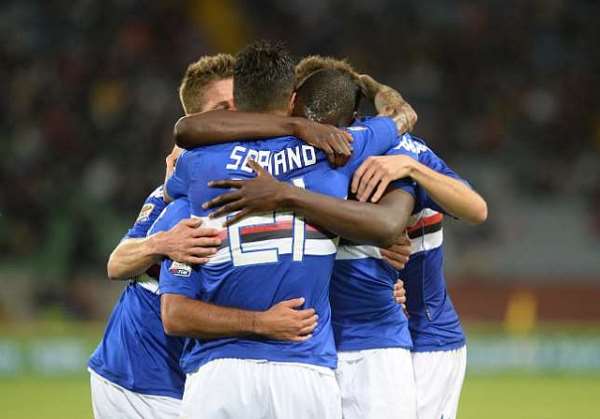 Garrone's father Riccardo had previously been in charge of the club, with Edoardo taking over after his death last year.

Sampdoria finished 12th in Serie A last season, and an emotional Garrone revealed in a press conference on Thursday that he had sold the club to film producer Massimo Ferrero.

"In these years at Sampdoria there have been sacrifices, bad moments and also some happiness," he said.

"We took on a commitment, first with my father and then with my family, to firstly guarantee the future of Sampdoria and then pass it on once we had found someone adequate.

"Working day and night we have finalised this operation and only this morning the ownership was passed on.

"I have taken the promise I made to my family and my father until the end, and now I pass it on to the new president of Sampdoria.

"All I can say is thank you to Edoardo Garrone and his family, who have always had Sampdoria in their interests.

"I can guarantee Sampdoria some marvellous victories and all I want to do is win."