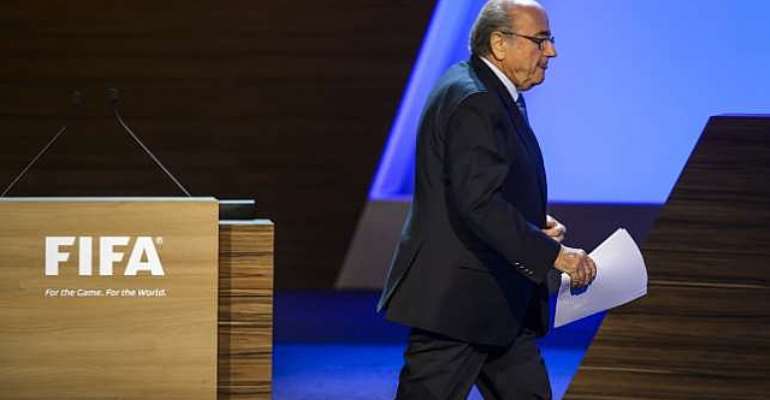 The 78-year-old's widely anticipated announcement that he is to pursue a fifth term in office comes amid a tumultuous week personally in the build-up to the FIFA World Cup in Brazil.

Blatter branded UK newspaper reports of fresh corruption allegations relating to the voting process for the hosting of the 2022 World Cup in Qatar as racist, bringing sustained criticism from leading figures in UEFA and across European football.

Yet, despite this groundswell of continental ill-feeling against Blatter, the vote at the FIFA Congress to reject limits on the age of officials and the lengths of term they can serve demonstrated the widespread support he retains across world football's governing body.

Welcomed to the stage with applause as he made his closing remarks in Sao Paulo, Blatter said: "I know that my mandate will finish next year on 29 May in Zurich. But my mission is not finished.

"And I tell you together we will build the new FIFA together. We have the foundations today because we have the budget for the next four years.

"We have the foundation, now we work. Congress you will decide who takes this great institution forward.

"But I can tell you I am ready to accompany you in the future."

Jerome Champagne, whose confirmed candidacy for the FIFA presidency in 2015 has won high-profile support in the form of Pele, made a prompt statement in response to Blatter's announcement.

It read: "For the past years and in particular since I declared my candidacy on January 20, 2014 in London, I have been defending the need of a genuine, respectful and fair-play debate on all issues affecting FIFA and football in the 21st century.

"Moreover, in any democratic organisation, the election of its president is about vision, programmes and manifestos. No one should fear this open discussion in front of the people of football, which would honour those organising and conducting it."

Blatter, meanwhile, also suggested football could follow in the footsteps of cricket by allowing managers two challenges to officials' decisions per game by reviewing instant television replays of contentious incidents - a major departure from his previous caution over introducing greater technology into football.

"We could do something more on the field of play," Blatter said.

"Why don't we give team managers the possibility of two challenges for refereeing during the match? If the manager disagrees with a decision why should he not ask for an immediate TV review with the referee?"

Blatter did sound a far less polarising tone earlier in the day when he called for stronger action to be taken to curb racism in world football.

He said: "We must impose the toughest punishment to send a clear message. Suspension and empty stadia is not enough. As coming out of the resoution of last year, we should be docking points, expelling teams, or relegating them. This would be an example for all the others."