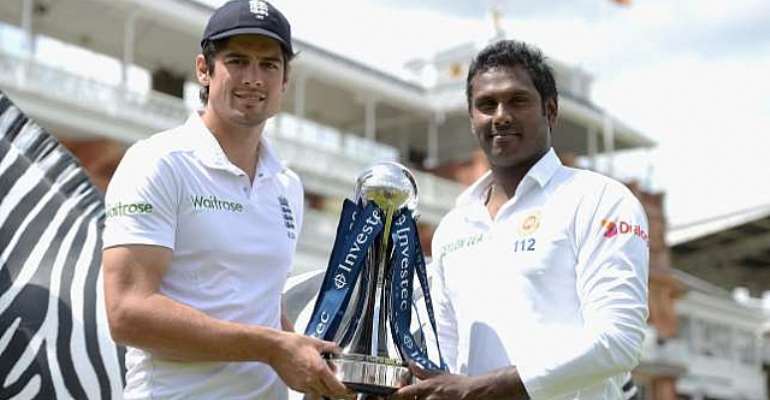 The build-up to the series, which begins on Thursday, has been marred by the controversial run-out of Jos Buttler in the fifth and final one-day international between the two sides earlier this month.

Buttler was mankaded - run out after venturing out of his crease at the non-strikers' end before a ball had been bowled - by Sachithra Senanayake and England went on to lose by six wickets.

The dismissal left a sour taste in the month of England captain Alastair Cook but Mathews, who acknowledged the two-Test series would be "hostile", wants to move on.

"We want to be focused, concentrate on what we can do," Mathews said on Wednesday.

"There are so many things happening around but we want to stick to our basics, try and do our best and win against England.

"We played pretty well in the ODIs and confidence is pretty high. We all know it is going to be a hostile series, but we are up for the challenge and we just want to enjoy ourselves and play some good cricket.

"They are coming to beat us and we want to beat them " it"s going to be a good series."

When again pressed on the controversial dismissal, Mathews said that Buttler had gained an unfair advantage when backing up throughout the fourth one-day international and that Sri Lanka could not let it continue.

"Buttler was warned a few times " he did it in the Lord's ODI and we analysed it after that, and they have taken 21 twos in the last 10 overs," he added.

"He was backing away but we did nothing about it " we just couldn't let him do that in every game.

"We warned him twice and, as I keep saying, I don't know how to stop a batsman doing that consistently so we had to go for it.

"We want to put it to bed and concentrate on what we can control and, like I said, enjoy ourselves."