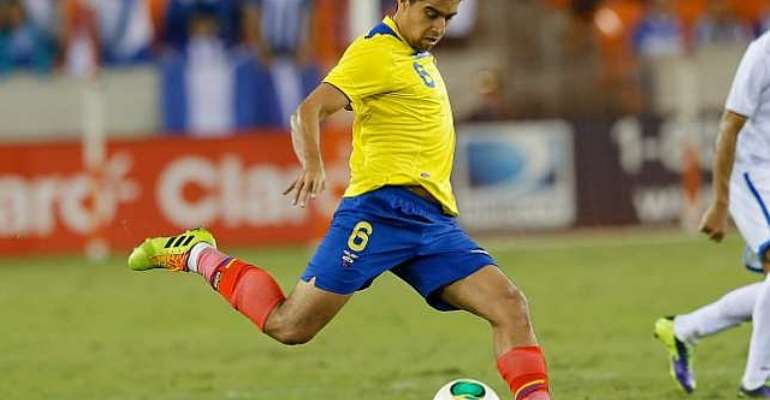 Noboa sustained an injury to his right leg early in the second half of last week's 2-2 friendly draw with England in Miami.

On Tuesda, he was restricted to a light workout ahead of Sunday's Group E clash with Switzerland in Brasilia.

"Let's be careful with our decision regarding Christian," Rueda is quoted as saying in El Comercio , having already lost Noboa's fellow midfielder Segundo Castillo to a knee problem.

Chivas USA's Oswaldo Minda was confirmed as Castillo's replacement in the Ecuador squad on Tuesday.

Noboa respects his coach's reluctance to make a firm statement on his availability, but the Dynamo Moscow man is somewhat more upbeat.

He said: "(Whether I play) depends on the coach. I'm excited and want to play."

Noboa is set to be assessed by team doctors on Wednesday, while his team-mates will take part in an afternoon friendly match against local fourth-tier team Ceramica.

The game provides a chance for Minda to press his claims after joining up with the squad.