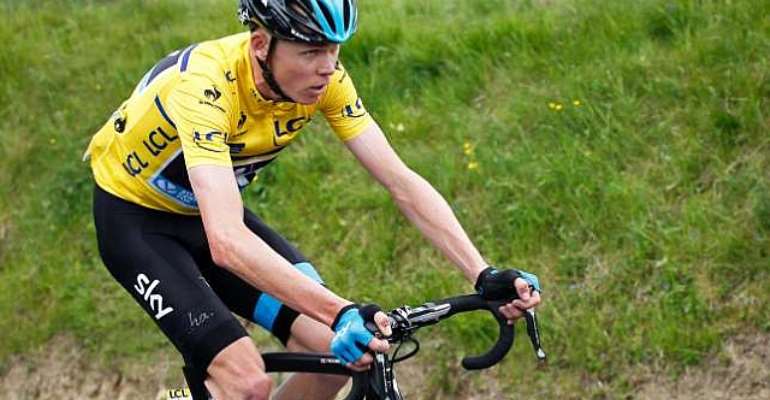 The German Giant-Shimano rider beat Kris Boeckmans (Lotto-Belisol) to the line at the end of a 194-kilometre ride from Ambert to Le Teil.

No team was able to take command of the peloton in hot conditions during Tuesday's stage.

However, the Giant-Shimano team was able to get Arndt to the front of the pack with just 300 metres to go.

And Arndt had enough to narrowly hold off a fightback from Belgian Boeckmans and ensure victory, with team-mate Reinardt Janse van Rensburg of South Africa taking third.

The bunch finish means that Froome (Team Sky) was able to maintain his grip on the overall lead of the race, the Brit heading the field by 12 seconds.

Froome was pleased to have held on to the yellow jersey with little difficulty, but is expecting a tougher time in stage four, a 167.5km ride from Montelimar to Gap.

"I didn't have any problem defending the yellow jersey today," Froome said.

"It's been a quiet day but I expect a more eventful one tomorrow. It's going to be a really hard stage and another big fight because the downhill to Gap can make differences.

"Such finales can create difficult situations. I'll try to stay out of trouble and stay in yellow."