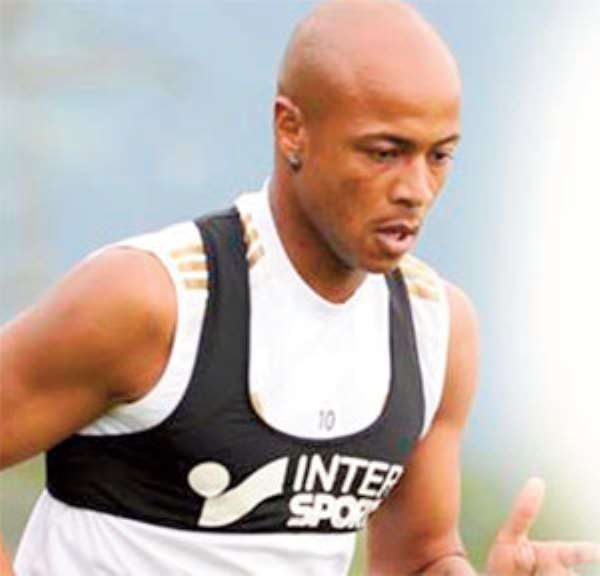 Andre Dede Ayew
Andre Ayew reckons the quality and the mentality at Kwesi Appiah's disposal offers Ghana an opportunity to qualify from the group phase of the World Cup.

Four years ago in South Africa, Germany and the United States were the opponents in Ghana's group and Round of 16 as the Black Stars went out on penalties in the quarter-finals to Uruguay.

This time around at the finals in Brazil, Ghana are paired in Group G with three-time champions, the Germans, Portugal and the USA.

It's a challenge the 24-year-old accepts and says they would be up to the task.

“I think it's a great opportunity to be at the World Cup, and the tough group just makes it more exciting to play in the tournament,” said Andre Ayew, who would be making his second World Cup appearance.

“We are not favourites in the group, but when we come out of it, we will make Ghanaians happy. We have the quality and the mentality.

“What matters most is for all to be fit. All the teams are tough and we cannot underestimate any of them. Everyone says we are going to beat the USA. We beat them in 2006 and 2010 and you can be sure that for that reason, they will want to avenge those defeats now, and that makes it dicey.'

Ghana begin the campaign against the U.S on 16 June in Natal before fixtures with Germany and Portugal follow.