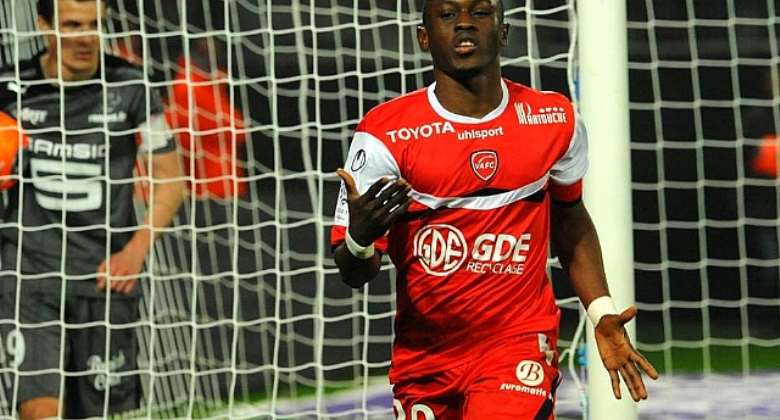 Striker Abdul Majeed Waris remains a doubt for Ghana's World Cup opener against USA next Monday after limping off in their final tuneup friendly against South Korea in Miami.

The 22-year-old picked up a thigh injury after just five minutes in the match played at the Sun Life Stadium and was replaced by Jordan Ayew.

Waris appeared to have landed awkwardly after scaling over a clumsy challenge and looked to have injured his left thigh.

Two members of Ghana's medical team accompanied him into the dressing room after he was substituted.

Furthers test will have to be carried out know the extent of damage as early prognosis does not look too good.

If it is established that he will not be able to recover for the tournament, Ghana can replace him in the final squad before the first game.

Ghana coach Kwesi Appiah cannot afford to lose one of his key attacking players who raked in nine goals in 16 Ligue 1 appearances for relegated Valenciennes.