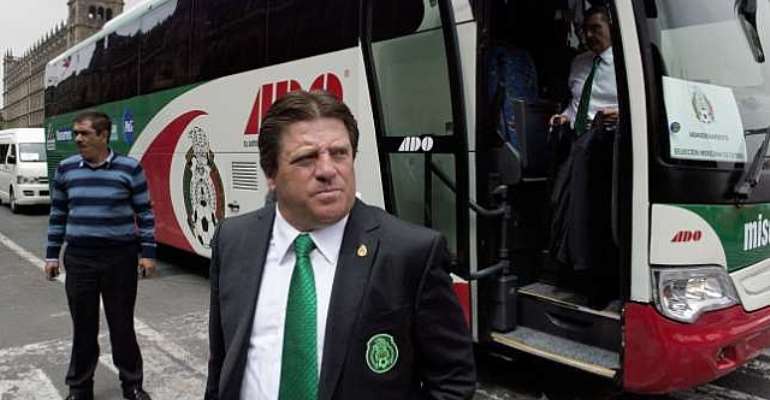 The first stage of World Cup qualification went smoothly as Mexico won all six of their group matches, but they could only accumulate 11 points from 10 matches in the second phase.

A poor run meant Jose Manuel de la Torre was fired in September 2013, while Luis Fernando Tena and Victor Manuel Vucetich were both briefly installed as head coach, taking charge of three matches between them.

Herrera led Mexico to a convincing 9-3 aggregate win over New Zealand to qualify for the finals and the 46-year-old was subsequently given the job in a permanent basis.

And he is confident that his players could produce a few upsets in Brazil as they face the hosts, Croatia and Cameroon in Group A.

The former Club America coach told Univision Futbol : "They (his Mexico players) could reach the goal they want, because the group of players is very united and our idea of football in the pitch is working.

"They have come to Brazil with the best spirit, looking forward. It looks as it was their first World Cup, even if some players such as Rafa Marquez have performed in some (four) of them.

"From tomorrow (Tuesday) we'll start to work, even if the trip from Washington has been long."