2014 World Cup: Three German players Black Stars must watch out for at the World Cup 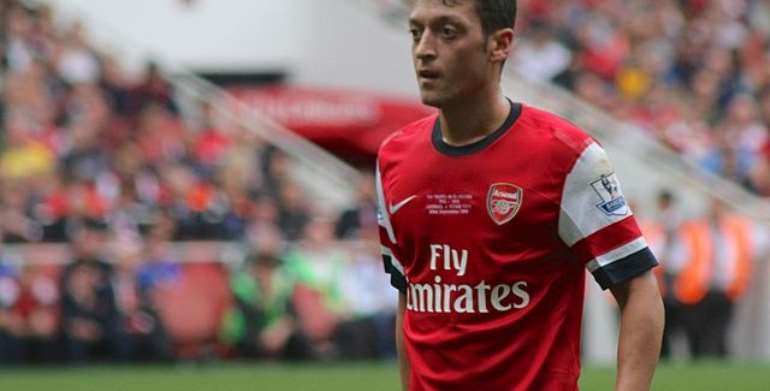 In lieu of recent injuries to some of the best, most established German players, Bastian Schweinsteiger, Philipp Lahm, and Manuel Neuer, the new, younger generation of German players need to step up.

Mesut Ozil
Mesut Ozil has seen a successful first season in London at Emirates Stadium.  Netting five goals and assisting nine in Premier League play, Ozil has shown that he can be the playmaker in the German squad.   Although he started off his Premier League debut season with fine form, he was weathered by a long, hard schedule and a lack of confidence.  However, Ozil began to find his form again in the last few games of the season with the Gunners, helping them win the FA Cup, their first trophy in nine years.

Ozil thrived in the midfield when paired with Aaron Ramsey, who was an attacking minded midfielder, as he did at Real Madrid with the likes of Angel Di Maria and Cristiano Ronaldo.  Much like Madrid, Germany has some of the best attacking firepower in the world, which will allow Ozil to pick out the defense-shattering passes that lead to magnificent goals.

Ozil is deadly in the number 10 role, sitting just behind a lone striker.  Paired with ample attacking skill, Ozil can pinpoint passes anywhere on the pitch and will be real trouble for all the defenses in Group G.  In his first World Cup as a 20 year old youngster, Ozil put on an impressive performance, starting all of Germany's games, and was named one of the top ten players in the tournament by FIFA.  Expect to see Ozil tearing apart defenses in the World Cup this year just as he did four years ago.

After an exhilarating first World Cup experience, winning the Adidas Golden Boot and the Best Young Player Award, Thomas Muller is expected to shine this summer.   An impressive player at 6 foot 1 and 24 years old, Muller looks to dazzle defenders on the global stage just as he did in South Africa.  As a 20 year old in 2010, Muller netted five goals and bagged three assists in just six games.  He has grown tremendously as a player since South Africa, and looks to take on a major role in Germany's title hopes.  Muller will likely be playing on the right wing, his natural position, but due to a lack of strikers, he could be placed just above Ozil in the striker role.  In either position, Muller's dynamic play will allow him to use his creativity, skill, and speed to strike fear into any half or full back in the World Cup.

Marco Reus
Marco Reus is another blisteringly quick Bundesliga winger.  Reus has used his pace, combined with his thunderous shot, to become one of the World's best left wingers.  In 26 Bundesliga starts, Reus scored 13 goals, while still assisting an impressive 13 times.  The young attacker has developed into the star player for the 2013 Champions League runner-ups Borussia Dortmund.  Long-linked with a move away from the German side this summer, Reus is putting his mind on the World Cup, not his club next season.  He even closed the argument saying, “It's safe to say I will be playing for Borussia Dortmund also in the 2014-15 season,” but major clubs such as PSG and Real Madrid are always looking for new talent.

With 19 international caps prior to the World Cup, Reus is looking to make a huge impact on the squad.  A very versatile player, Reus can play at any of the top diamond positions and he knows it, “I have played the World Cup qualifiers on the left wing, and that position suits me fine.  The Bundestrainer (Joachim Low) also knows that I can play in the middle, on the right wing and in attack. I don't care which position I play. My goal is to play at the World Cup.”  Reus' variation of positions, along with is wonderful skill, makes him one to watch in the powerful German team this summer.

Expect a very strong German side in Brazil this year, with an impressive amount of quality and quantity.  The Germans will be looking for their fourth World Cup trophy, but the first for any of the players on the current squad.