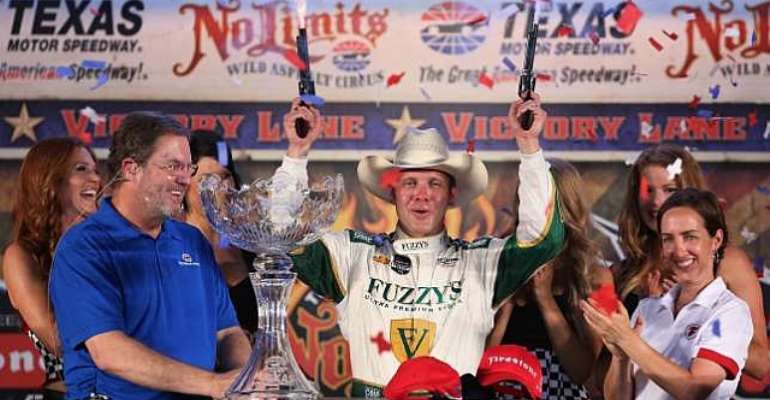 Carpenter hit the front with 36 laps remaining and held on to claim his first win in Texas after withstanding Power's challenge during a two-lap shootout.

The Texas native of the Ultra Premium Vodka team finished 0.5247 seconds ahead of Australia's Power, who regrouped after he was penalised for speeding late on in the 248-lap event, while Juan Pablo Montoya finished third.

"I knew we had a good car, though we left some on the table in qualifying," said Carpenter.

"I love this racetrack and I've always wanted to win here so it's nice to come here and get a win."

Power started in pole position for the race and appeared on track for his third win of the season, having led for 182 laps, but the Australian was overtaken on lap 183 and he could not find a way to the front.

Though, he was handed a lifeline with less than 10 laps remaining when Takuma Sato suffered engine failure.

Power opted for new tyres during that period but Carpenter was not to be denied, securing a memorable win on home soil.