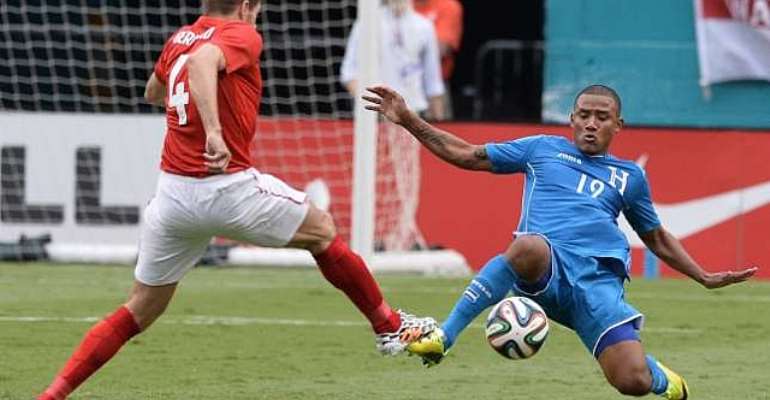 Roy Hodgson's England are FIFA World Cup-bound after playing out a disappointing scoreless draw against Honduras in a feisty game in Miami on Saturday.

England had to contend with a 45 minute delay after an electrical storm forced play to be suspended in the first half, as well as an overly physical Honduras outfit, who were reduced to 10 men just past the hour-mark when Bryan Beckeles saw red for an elbow on Leighton Baines.

Speaking to ITV post-game, Gerrard was clearly upset by the tactics adopted by the Hondurans: "I'm quite frustrated. I thought the ref was poor, the game was interrupted.

"There was a big one in the first half and they were doing stupid fouls. There was no rhythm, we're frustrated but relieved at no injuries.

"I thought there were some horrific tackles for a friendly. I got caught with a bad one."

Gerrard was particularly upset by a first-half incident involving team-mate Daniel Sturridge, who had a ball kicked into his chest by Honduras defender Emilio Izaguirre while he was on the ground.

"But we came through with no injuries. We're frustrated but we got a clean sheet and no injuries."