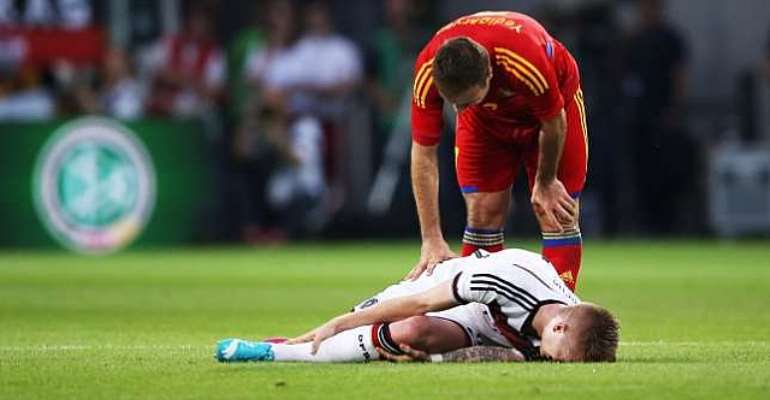 In what is a big blow for Germany, Borussia's Dortmund's influential attacking midfielder Marco Reus has suffered a partially torn ligament in his left ankle in a pre-World Cup warmup match against Armenia, the  Official Facebook Page of the German Team confirmed .

He limped off while in excruciating pain in the 43rd minute. Given the nature of ligament injuries and their recovery period, Marco Reus's World Cup is in all probability over. Falcao suffered a similar injury in January and has failed to recover for the World Cup.

This is a severe blow to Joachim LÃ¶w's tactical strategies as Germany are one of the strongest contenders to lift the trophy at the Maracana in Rio De Janeiro on 13th July. Germany kick off their World cup campaign against Portugal on 16th June in Salvador.

Reus has had a terrific season with Borussia Dortmund in which he has scored 16 goals and has 13 assists in 30 league appearances.

According to Fifa rules, Joachim LÃ¶w will have to make a decision 24 hours before Germany play their first match on the 16th of June to find his replacement.