2014 World Cup: Ghana – the secrets behind the players 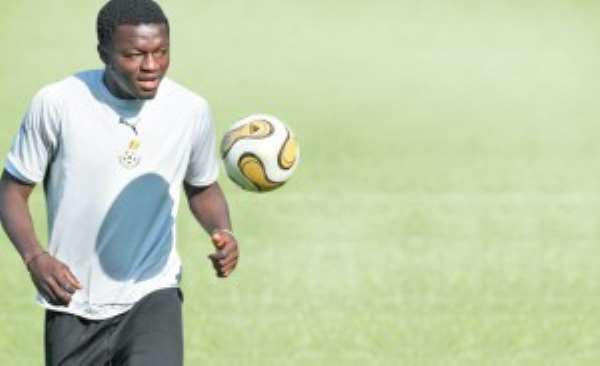 By Godfred Akoto Boafo
Which Ghana player possibly gets help from spiritualists, which one gave away a house and which one used to sell water on the streets of Accra to make a living?

Asamoah Gyan
The dancing and music-loving captain of the Black Stars is respected but there is also genuine fear and a belief that his success is not down to just his fine footballing skills. Why? His big brother Baffour is married to the daughter of one of Ghana's most feared and respected spiritualists and there have been many murmurs of help from nether realms in the success of the Gyan brothers.

Samuel Inkoom
The Dnipro right-back shot to fame in a manner footballers can lay claim to. He was called out live on radio by his alleged “baby mama” when he was 18 and accused of neglecting his baby. Suffice to say he did not take kindly to the claims and denied knowledge of the accusation. Inkoom is very happily married these days with a lovely family.

Christian Atsu
The on-loan Chelsea player was named Vitesse Arnhem's player of the year but many years ago he made his way by selling ice-cold water to pedestrians in the streets of Accra to make a living. The product popularly called sachet water in Ghana was the only way the young Atsu could make a living in the capital while pursuing his football dreams.

Sulley Muntari
The Milan midfielder is really just a mother's boy. His mother Hajia Kande was so interested in his career that when he played for the junior national teams, she used to cook for the entire team any time she had to visit her son in camp. She also once called the entire country jealous of her son on national radio and declared openly “No Sulley Muntari, No Black Stars”. She was forced to make her apologies a few days later.

Michael Essien
What's the biggest gift you ever gave an ex-girlfriend? Michael Essien gave his former fiancee his house after they broke up. She showed her appreciation by turning it into a local restaurant, one that is still in operation.