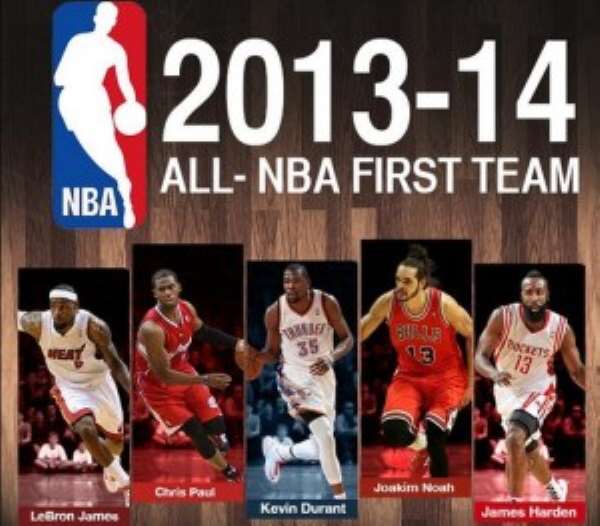 Another distinction for the Franco-Cameroonian Joakim Noah. The best defender of the year is in the first team of the 2013-2014 NBA season. The league has just unveiled the five major of the year.

Ranking first in the NBA All-Defensive Team, the backbone of the Chicago Bulls is a member of the All-NBA First Team, which obviously includes the MVP of the regular season Kevin Durant . The five major also consists of LeBron James, Chris Paul and James Harden . Jooks is the first French to be a member of the All-NBA First Team. His compatriot Parker is in the second team.

The leader of the San Antonio Spurs, Tony Parker is in the All-NBA Second Team with Stephen Curry, Blake Griffin, Kevin Love and Dwight Howard .