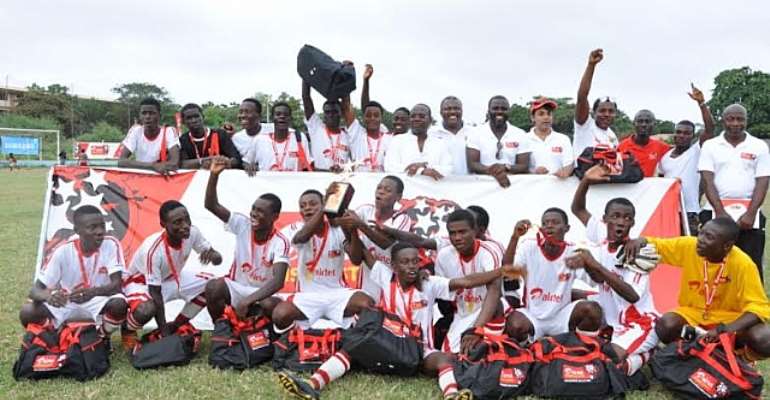 At least one hundred of Ghana's talented Under-17 players head to Ho this weekend to begin a career changing experience with the 2014 Airtel Rising Stars competition.

Dubbed the most authentic and comprehensive football talent search in Africa, the Airtel rising Stars is being held across seventeen countries on the continent by telecom giant Airtel as part of its Corporate Social Responsibility.

The one hundred players heading to Ho, both male and female represent the best of three regions in the country being Greater Accra, Eastern and Volta Regions.

George Afriyie, the Chairman of the National Juvenile Committee of the Ghana Football Association which partners Airtel Rising Stars in Ghana says the players going to Ho will be competing for honours as the best region, but will also be working hard to make the final selection of the zonal team.

Lucy Quist, the Chief Executive Office of Airtel says the 2014 Airtel Rising Stars is rooted in Airtel's belief of the potential of young footballers in Ghana.

The seasonal theme for this year's competition  is “Live the Dream”, which is set to inspire at least one thousand young footballers across the country to make themselves available to be discovered.

“At Airtel we believe in the power of potential. We believe that if you are a good footballer out there whether male or female, we will find you.  When we find you, we will put you on the right path to success in your career for you to be able to live the dream.” Said Lucy Quist.

Airtel Rising Stars is the most authentic young talent search in Ghana and the biggest in Africa with more than 40,000 young footballers taking part across seventeen countries.

After Ho, three other zones being the North, Western and Ashanti will be held on weekly basis.

All zonal select sides will then meet at the national finals in Sunyani where the Ghana Airtel Rising Stars team will be selected to compete in the African Championship in August in Gabon.

Ghana Football Association President Kwasi Nyantakyi has given his tacit endorsement to Airtel Rising Stars already as the competition that will fill places in the Black Stars of Ghana and wants the players to be at their best during the Ho event.

“Future places in the Black Stars will be taken by players from Airtel Rising Stars. This competition is for kids who are also in School.The education helps them to develop faster so I expect everybody to do their best” concluded Kwasi Nyantakyi.