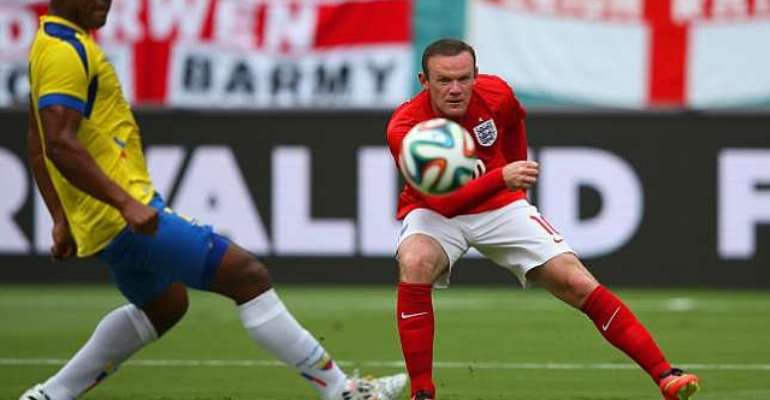 Rooney netted a first-half equaliser as England drew 2-2 with Ecuador in an international friendly in Florida - ending his four-game run without a goal for his country - but much of the build-up surrounded Roy Hodgson's team selection.

Hodgson decided to play Rooney on the left, with new Liverpool signing Rickie Lambert picked to lead the line after the Manchester United star was criticised for his performance against Peru at Wembley last week.

But Rooney, who publicly voiced his displeasure about playing out of position during Sir Alex Ferguson's final season in charge at Old Trafford in 2012-13, says he is willing to play anywhere for England ahead of the FIFA World Cup in Brazil.

"I enjoy playing for my country, whether it's left wing, right wing, midfield or up front," Rooney told reporters.

"I've said before I'm always proud to play for England and that won't change no matter where I am on the pitch.

"It's down to the manager to pick where he wants to play me and I'm happy to play anywhere."

England wrap up World Cup preparations against Honduras on Saturday, before facing Italy in their opening Group D fixture on June 15.

They will also come up against Uruguay and Costa Rica.