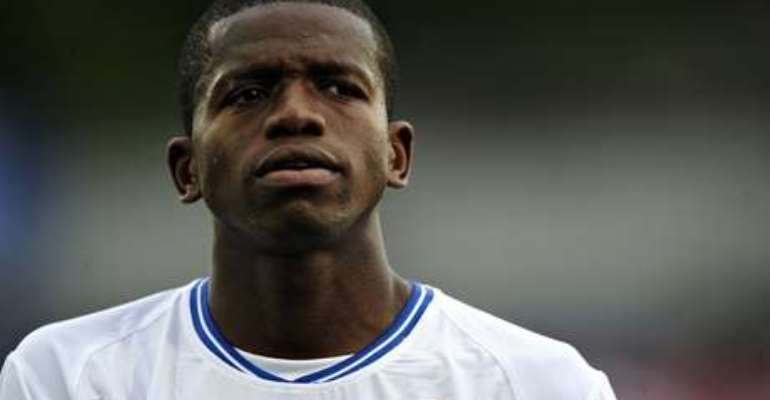 Ã“scar Boniek GarcÃ­a was born at a time when football's world stars shone brightly. His father, Ã“scar GarcÃ­a, a football player for the Olimpia club in  Honduras , was mesmerised by the names of those who were etching their names into the history books. When his son was born, he left a note for his wife with two names to choose from: Boniek, after the Polish player  Zbigniew Boniek  who had made a name for himself at the 1982  World Cup , or Jairzinho, after the Brazilian legend who had so captivated the football world at the 1970 World Cup and afterwards. His mother eventually settled for the former.

GarcÃ­a is aware of the magnitude of having the same name as one of the all-time stars of Juventus in Italy. Boniek is a name that has made its mark on him, which is why over his career he has taken the time to analyse the goals by the Pole posted online. "It's a beautiful thing to have the same name as someone who was such a star in his time, and with humility I work very hard so that some day maybe I can be at his level. I hope to represent the name well in the World Cup," he says.

Boniek is not the only footballer in the family. His father gave to his children the right to be prominent players in Honduras. There is Yovany Ãvila, a left-back nicknamed The Mosquito who has played for clubs such as Olimpia and MarathÃ³n. And then there's Samir GarcÃ­a, a right-back who played for Motagua. And there's also the young Ã“scar GarcÃ­a, a defender who's just completed his first season of professional football.

"And then there's me. The best out of them all. Hahaha!" Boniek jokes with a big smile on his face, a smile he's renowned for. "I've been very lucky how things have turned out, thanks to God and to coming from such a football family." Boniek is identified by that big smile. People in Honduras tend to say that he's the one player never to get angry, always laughing and joking, and trying to spread his happiness to those around him. It's very rare for him to be annoyed by things, and he always has the patience to see all the journalists who ask to speak to him.

However, his story has not always been so sweet. Like most children in Honduras, he lived through hard times in his childhood. He sacrificed many of his childhood freedoms to play football. He learned the basics of the game in the streets of his neighbourhood, where people often came to see him play because of his sheer talent. Boniek is one of the few black players in Honduran football who was born in the capital Tegucigalpa - with most black players coming from the north coast - and he played in the lower leagues of the city. His links with Olimpia happened in his teenage years. But before he could be a star, he had to endure hardship.

After waiting for his break in the first team for five years, Boniek went on loan to a small team in the interior of the country called Real Patepluma where he became the star. However, after not receiving any of his wages, he went on a hunger strike. The club did not make it through the season, losing its league status after going bankrupt. Boniek returned to Olimpia where he had to go back to wait behind stars of the team, such as Wilson Palacios, the former Wigan and Tottenham player now with Stoke City.

Boniek started playing a key role and became the axis in an Olimpia team that became used to lifting championship trophies. His talent was too good for the Honduran league and the media started to sell him to the world. He had a trial at Paris Saint-Germain in France, where he impressed but could not stay. He returned to Olimpia where he once gain helped the team lift the national trophy. Local media then linked him again with Wigan, where Maynor Figueroa and Palacios played.

However, the transfer did not materialise. Having helped Olimpia to another championship, he used the opportunity to ask the president of the club, Rafael Ferrari, to sell him to a foreign club. At some point, even his mum (Ana MarÃ­a RamÃ­rez) turned up at the stadium with a banner asking the club to let her son go abroad. It was not until June 2012 that Boniek left for the MLS.

Today, Ã“scar Boniek GarcÃ­a, a player for Houston Dynamo in the MLS, is one of the stars for Honduras at the forthcoming World Cup. The right-sided midfielder, now 31, will be going to his second finals. Back in 2010, he went with the squad to South Africa but he did not play a single minute for Reinaldo Rueda's team. It will be different this time, he feels it is his, and Honduras's, chance to show the world what they are capable of.