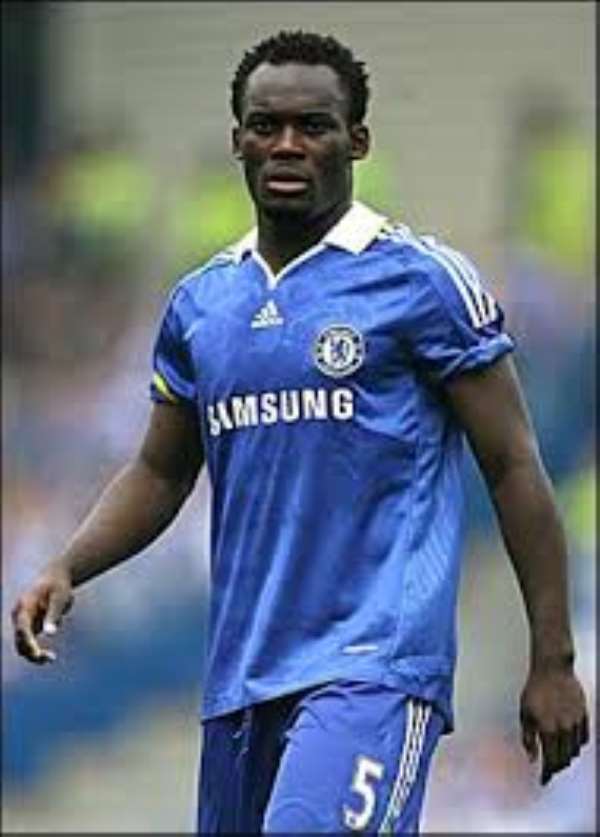 The A.C Milan ace then playing for Chelsea beat competition from team mate Didier Drodgba from Ivory Coast and Mohamed Aboutrika of Egypt to win the award

Essien received nearly twice as many votes as the Ahly and Egyptian national playmaker, Aboutrika and Drogba in a public vote organized in January.

Farayi Mungazi who represented BBC at the ceremony being organized in Africa for the first time said "We at the BBC take pride in this Award because it is the only one decided exclusively by the fans." Essien adds his name to the roll call of honour in football cycles that includes two Ghanaians, Abedi Ayew Pele and Sammy Osei Kuffour. Senegal's El Hadji Diouf and Nigeria maestro Jay Jay Okocha, two times winner of the prestigious award are among the conquerors of the prize decided by fans across the globe.

Egyptian Mohammed Barakat remains the first North African to win the award after clinching the 2005 trophy.

Essien dedicated the trophy to his fans saying "I am grateful to all those who ensured I became the winner through your votes." For the first time in the history of the award, the winner was decided live during the BBC World Service's flagship African sports programme, Fast Track.

The award takes into account the football calendar from January to December 2006 and includes domestic leagues, continental club competitions and international matches.