A must win: Can Aduana beat Kotoko to avoid relegation? 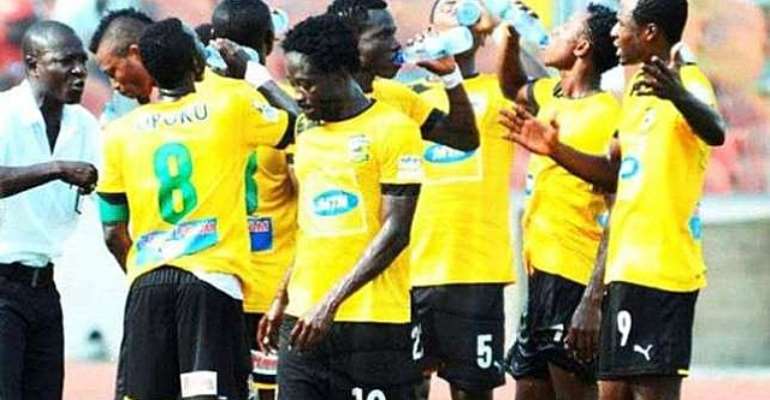 Aduana Stars take on Kumasi Asante on the  the last day of the First Capiital Plus Premier League at Nana Agyemang Badu Park, Dormaa on Wednesday.

Apart from playing for pride, there is nothing at stake for the Porcupine Warriors, having wrapped up the league title with two matches to go.

While the 2009/10 league champions have to win this fixture against their bitterest rivals to beat relegation.

The league champions have never run away from Dormaa with all the three maximum points, but this is a Kotoko side that managed to beat New Edubiase for the very first time at Bekwai, so they are bent on winning to break the jinx surrounding Dormaa for pride.

A win will take the Dormaa boys to 40 points, which will make them avoid relegation,  but should they even draw, with Faisal drawing too, means they are relegated,  because the latter have a superior head to head over the former and both sides are on 37 points

Already Amidaus Professionals and Ebusua Dwarfs have been relegated, so  there is only one club to join the train of relegation and the big question is will it be Faisal or Aduana or both of them would win their respective matches to avoid relegation