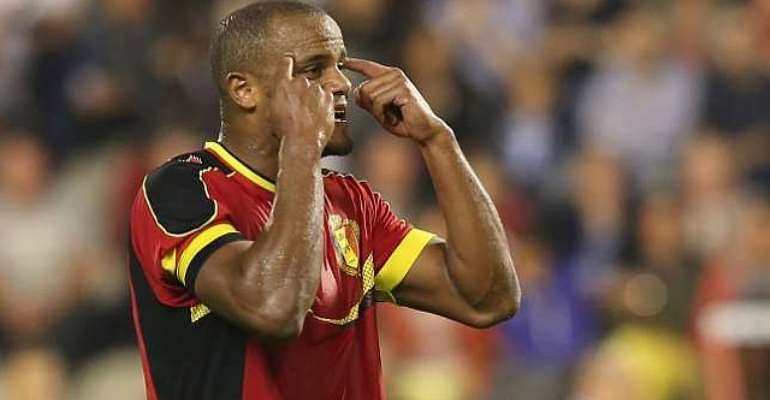 Kompany will be tasked with captaining an impressive Belgian squad in Brazil that includes the likes of Thibaut Courtois, Eden Hazard and Romelu Lukaku.

Having reached their first World Cup since 2002, Marc Wilmots' men are ranked as potential outsiders.

While Kompany acknowledges the hype surrounding the squad, especially back in Belgium, he is relishing the expectation that comes with it.

"It's crazy back home at the moment. It is so intense and everything related to the national team is taken out of context and made bigger," he told The Daily Telegraph .

"It is a huge pressure but I like it.
"We could only dream of this opportunity 10 years ago. Now we have got it, I plan to enjoy it."

While having the aforementioned players to call on, Wilmots can also deploy Manchester United's Adnan Januzaj and a host of established talent such as Jan Vertonghen, Axel Witsel and Dries Mertens.

Ahead of Group H clashes with Algeria, Russia and South Korea, Manchester City defender Kompany dismissed suggestions that Belgium are among the favourites.

"I don't believe in saying Belgium are favourites " not at all," he added.

"The favourites are Brazil, Germany, Spain and Argentina. Then there are teams like us with hopes and ambitions."