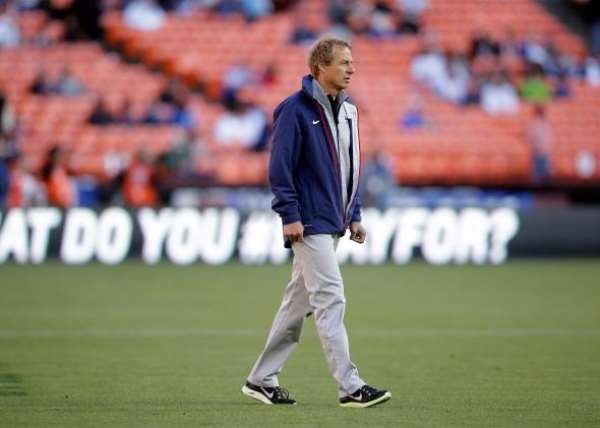 With just two weeks and one friendly left until the U.S. faces its opening World Cup match against Ghana, the starting line-up for that game remains up in the air. The American squad that beat Azerbaijan 2–0 last week and Turkey 2–1 on Sunday looks incredibly, terrifyingly shaky on the back line. Given that obvious weakness, this USMNT looks like a team destined to crash out of the Group of Death in Brazil and give up a lot of goals along the way.

Given the way the Americans have defended in their last three games, going back to April's friendly against Mexico, Ghana's Black Stars should expect to have a field day. (And let's not even mention Cristiano Ronaldo or Mario Götze.) Against a less-than-full-strength Turkey squad, the American back line conceded chance after chance, often due to failures of communication. It was only through good fortune that Turkey did not put at least two or three in, and the U.S. has not been so lucky against Ghana in the past.

Jürgen Klinsmann, who we are certain is a regular Spot reader (guten Tag, Klinsy), seemed to have taken our advice from last week. As we suggested, he gave Brad Davis the start in place of Alejandro Bedoya on the left side of the midfield. He also played around with his back line, removing DaMarcus Beasley like we also recommended. Unfortunately, the player he selected in his place at left back, Timothy Chandler, had an error-riddled 90 minutes that ended with a costly turnover. That giveaway led to Turkey's only goal, on a penalty after a flagrant Geoff Cameron handball.

Take a look at the condition of the American defensive below.