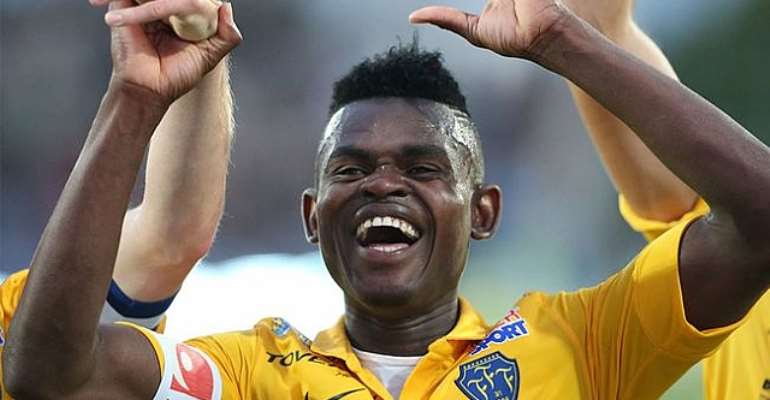 Ghanaian midfielder Godsway Donyoh is hopeful of returning to Manchester City as an established player as he continues with his loan spell in Sweden.

The 19-year-old is on his second successive loan spell in the Swedish top flight with Falkenberg.

Donyoh joined Man City in 2013 from Ghana's Right to Dream Academy and reveals the English giants keep constant tabs on his development in Sweden.

“I talk to City after every game and sometimes they call and ask how training is going. They like my progress and I hope it bodes well for the future,” he told  GT .

“My dream is of course to go to a great club and I have to make a good season here.”

Donyoh has been a regular for Falkenberg this season – playing eight out of their 12 league games and has scored two goals.