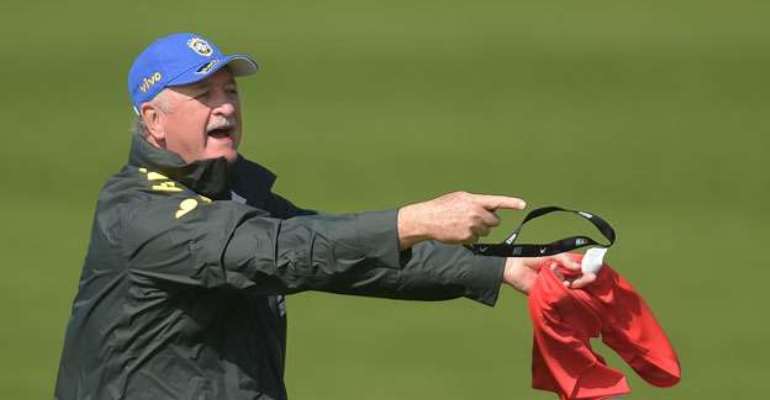 Scolari split his 23-man squad into two teams a number of times over the weekend for practice games with the 65-year-old coach seemingly selecting a first XI against a second XI.

But after Sunday's training session in Teresopolis, Scolari indicated he may have to rethink his preferred starting side ahead of the FIFA World Cup.

"When I do not like something I have to find a solution, put it on the field, until I'm satisfied."

Julio Cesar has looked likely to start in goal when Brazil open the World Cup against Croatia, while David Luiz and Dante have anchored the defence, flanked by Marcelo and Daniel Alves.

Luis Gustavo and Paulinho have generally combined in defensive midfield for the first team, with Oscar, Hulk, Neymar and Fred ahead of them.

But it could be that Scolari will try a different combination when his team take on Panama in a friendly match on Tuesday.

Paulinho, Fernandinho and Thiago Silva will all miss that fixture with slight injuries.

"Thiago is recuperating...we have two friendly games before the World Cup and it is preferable that he gets better," Scolari told Fox Sports.

Hernanes played alongside Luis Gustavo in Sunday's practice game and could start in midfield versus Panama.

Oscar and Daniel Alves could also be benched after they were swapped into the second XI on Sunday for Ramires and Maicon.