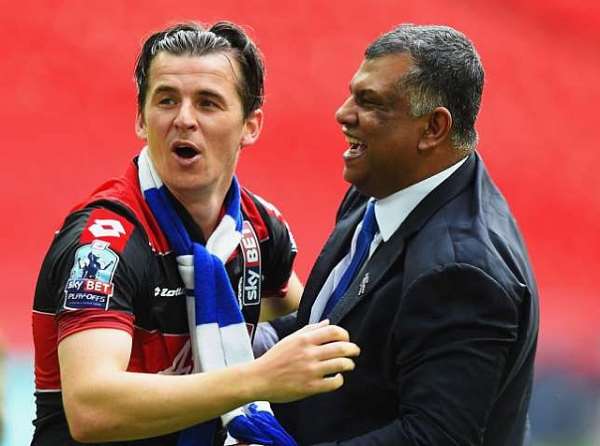 Harry Redknapp's side returned to the top flight at the first time of asking courtesy of a 1-0 play-off final victory over Derby County last weekend.

QPR's relegation from the Premier League came at a cost as the club signed a number of high-profile players on expensive contracts.

And Barton is wary of the club trying to sign big names again, urging the Loftus Road hierarchy to look for players with a better attitude as they take on England's elite once more.

"It's important that the right characters come to this football club now," he told the club's official website. "This can't be a place where good footballers come to die anymore.

"Those days are gone.
"The club's tried that and it hasn't worked. No-one likes that, no-one wants that. This club now has to kick forward.

"We have to make sure that we're in the Premier League for a long time to come.

"At 9 o'clock on Saturday (after the play-off final), I said to people, 'let's enjoy this, but there's no point in going up and coming back down.'

"That's not what we want. The ambition now at this football club has to be to build a dynasty.

"A lot of people have come up to me and said that it (the play-off final) was the greatest day in the club's history. For me, it's certainly my best day at QPR.

"But I want more days like that. The way the fans were was amazing. After you've experienced and tasted that, how could you not want more?"