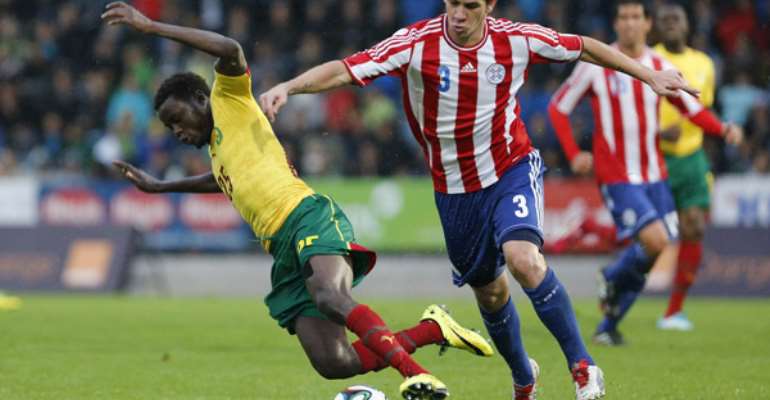 Cameroon's preparations for next month's World Cup took a knock when the Africans fell 2-1 to Paraguay in a pre-tournament friendly in Kufstein on Thursday.

Volker Finke's men had secured a 2-0 win over Macedonia in Austria earlier this week as they build towards the World Cup, which they begin against Mexico on June 13.

But they were trailing early on Thursday after forward Oscar Romero put the South Americans ahead after just four minutes with Malaga striker Roque Santa Cruz netting a second after 68 minutes.

Mainz striker Maxim Choupo-Moting, who also scored against Macedonia, pulled one back 15 minutes from time for Cameroon who are reportedly locked in a battle with their federation over bonuses for the tournament.

“A loss in a friendly warm-up match isn't a catastrophe though.”