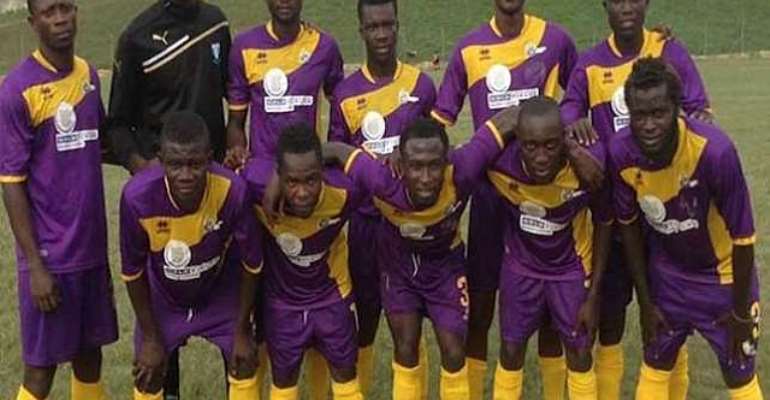 Albert Yahaya Commey, the CEO for Aduana Stars has stated clearly that the protest filed by Medeama against his club has no merit

The Dormaa based club lodged a protest against Hearts of for failing to pay the fine inflicted on them by the Player Status Committee in connection with their case against David Duncan, but the Disciplinary Committee squashed Aduana's protest and fined them GHC 500.

Medeama sc on the other have lodged a protest with the Disciplinary Committee  that Aduana Stars had not paid the GHC 500 fine imposed on them at the time they played the outstanding league game which ended 0-1 in favour of the Dormaa based side, hence they should  be declared winners.

The GFA status states that a club fined has within fourteen days to pay the amount else would forfeit their subsequent matches and the Tarkwa lads believe Aduana faulted in this direction.

However  according to the CEO of Aduana Stars they filed for a stay of execution and subsequently appealed the case, but again paid for the GHC 500 because hearing on the case was delaying, so that when their appeal is heard and consequently win the case their money would be refunded.

He believes all that is happening is just a mere attempt by some detractors to create confusion in their camp.

'I received a letter two weeks ago that Medeama  have filed a protest against us for not paying the GHC 500 fine imposed on us by the Disciplinary Committee after they threw away the protest we lodged against Hearts of Oak, the ex CEO of Medeama told Metro fm.

'I didn't want to talk about it, but I have heard some people go on radio polluting people that we didn't pay the amount involved and that points would be deducted from our accumulated points.

'We filed for a stay of execution and appealed against the decision of the Disciplinary Committee, but while hearing was delaying, we decided to pay the GHC 500 fine in trust, so that should Aduana win the appeal and the stay of execution granted, the money would be refunded to us.

'Even we had paid the fine by the time we played against Medeama, so I don't see any substance in their case. It is rather some people close to the FA who are feeding them with wrong information.'

Aduana Stars are 9 on the league log with 37 points, but any points deduction would push them to the relation zone.

Albert Commey was the PRO of Hearts of Oak, but later joined the 2013 FA Cup champions, before switching camp to Aduana.

Galamsey fight: Four Chinese nationals to be deported
53 minutes ago

Gov't must opt out of Sputnik-V vaccine procurement contract...
53 minutes ago