Price Boost: Why enhanced price on Germany Group G success is a must-bet 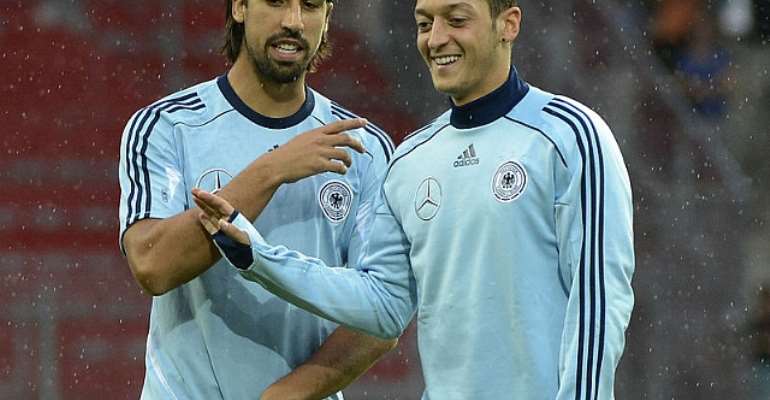 Joachim Low's side are in form and historically excel at the World Cup group stage, making the 3/5 they top their section a great punt.

If you think that Germany have the beating of Portugal, Ghana and USA and should top World Cup Group G with some ease, then bwin have a great offer that falls into must-bet territory.

Joachim low's side are the red-hot favourites to top their group, but bwin.com have enhanced the odds on a German success from 12/25 to 3/5.

If you register with bwin, you can use your free £30 bet to punt on Germany winning Group G and you will get back £18 in profits if Low's side do the business.

Portugal are 11/4 to top the group, with Ghana at 11/1 and USA, managed by German legend Jurgen Kilnsmann, quoted at 12/1, but Germany look set to continue their fantastic World Cup group stage record.

The Germans' record in the World Cup group stage is immaculate – Die Mannschaft have qualified from their group into the knock-out stages for 15 consecutive World Cups.

Furthermore, Germany have won their group in six consecutive tournaments; the last five as a unified nation and as West Germany at Italia '90.

Germany have lost just one of their last 18 World Cup group matches.

It is something of a cliche that Germany know how to succeed at tournament football by making themselves difficult to beat, but that thinking is based in truth looking at their group stage record.

Germany have won 13 of their last 18 World Cup group games, losing just once – to Serbia – in South Africa four years ago.

Joachim Low's side has won 23 of their last 25 competitive internationals.

Never mind history, Germany have present form very much on their side as they head to Brazil.

Since finishing third at the last World Cup in 2010, Low has overseen an incredible run of 23 wins and one draw from Germany's last 25 competitive matches, the only defeat coming against Italy in the semi-final of Euro 2012.