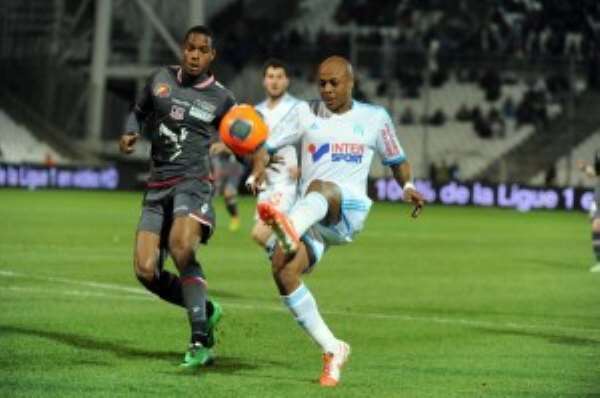 Ghana play-maker Andre Ayew has given the most ringing of endorsements to coach Kwesi Appiah insisting the ex-international will lead the Black Stars to success at the 2014 World Cup.

The Marseille player has credited the Black Stars coach for the team's recent improvement while also praising the Ghana FA boss Kwesi Nyantakyi for the role he has played in managing the national side.

Ayew, who was named the Player of the Month for April by French giants Marseille, has peaked at the right time for the global tournament to be played in Brazil in June.

Ghana needs all of its best players for the World Cup and the youngster will be key for the Black Stars as they seek to reach the semi-final of the tournament for the first time.

They have been placed in a difficult group comprising of German, Portugal and the United States which has sparked calls from certain quarters that the technical team of the Black Stars must be boosted.

However, Ayew insists that the Black Stars have improved since Appiah took over the squad in April 2013 and he is confident the local coach will lead the side to success at the World Cup.

“Under Kwesi Appiah we have all seen a steady rise of the team which I know will continue in the World Cup,” Andre Ayew told Asempa FM.

“We can be tagged as underdogs but I know with the help from the FA President, Kwesi Appiah and the Ghana Black Stars will make history in Brazil and the years ahead.”

Ghana will open their World Cup campaign against the United States before playing Germany and Portugal.