LIVE: Watch the draw for the 2015 Africa Cup of Nations qualifiers 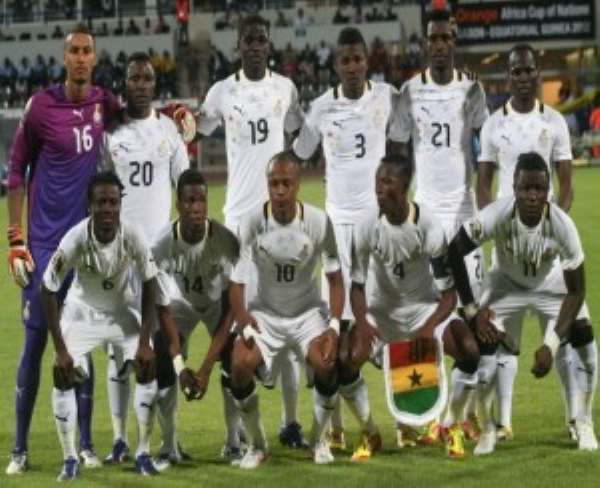 Follow the draw LIVE for the final round of qualifiers of the Africa Cup of Nations Morocco 2015 is taking place at the CAF Headquarters in Cairo right now and find out who Ghana's Black Stars will face in their group.

Watch the live video of the event below
Welcome to live coverage of the draw for the qualifying stages of the 2015 CAF Africa Cup of Nations from Cairo, Egypt.

Fifty-one teams have entered the race to reach the continental tournament in Morocco early next year.

The top 21 teams receive a bye to the final group phase, while a further seven spots will be scrapped over in preliminary rounds by the remaining 30 nations.

14h45 – Then again, there could more… the Morocco FA President is giving a speech now.

14h40 – We've had all the usual formalities and the draw will be getting underway any minute.


How Qualifying works
The Orange Africa Cup of Nations Qualifiers Morocco2015 will be made up of seven groups of four teams who contest home and away fixtures. The seven group winners, seven group runners-up and the best third-placed side will qualify directly for the final tournament. Host Morocco is automatically qualified.

Procedure
Under the draw procedure, 28 teams will be divided into 4 groups, each pot containing 7 teams based on the CAF classification.

Pot 4: The Seven yet to be decided by the preliminary round matches

(Teams in the same pot cannot be paired against each other)

Matches to decide the final 7 for Pot 4
A total of 28 teams will be divided into two pots each containing 14 teams based on CAF classification.

Step 3: The two picked balls from step 1 and 2 will be placed together in Pot C and the first one picked will play the 1st match at home.

This operation will be repeated 14 times to determine the 28 matches.

The 14 winners will play against each other to determine the final seven who will go into the final draw (the forth pot of 7 teams).

How to follow and watch the draw LIVE
Seeded Teams
Seven of the teams going into the draw to be placed who will be placed in Pot 1 are seeded. These are: Nigeria, Ghana, Cote d'Ivoire, Zambia, Burkina Faso, Mali and Tunisia

The Final Tournament
CAN Morocco 2015
The final tournament of the Orange Africa Cup of Nations Morocco 2015 will be played from 17th January through 8th February 2015.

The Opening Ceremony in Marrakech will only have one fixture – the Opening Match of Group A. The second fixture of Group A will be played on 18th January which will also have two matches of Group B.