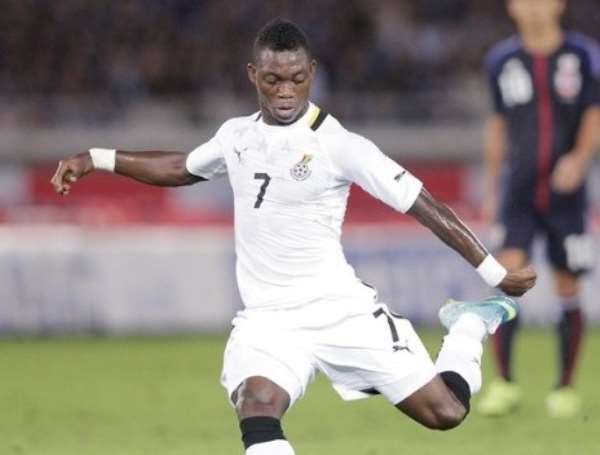 Extensive pre-World Cup coverage has focused on Africa's key players and the stars that are destined to light up the summer's showpiece.

Naturally, the cream of the continent deserve attention and praise, but beneath them there is another layer of African talent who could also make an impact in Brazil.

The players featured in this piece are not currently their respective sides' star men. Some are international regulars coming off the back of dreadful seasons, others have enjoyed fine campaigns but have yet to truly assert themselves within their national sides.

Others are simply in danger of being squeezed out by the competition.

Each of Africa's five nations have been considered and all are represented in this list.

Yacine Brahimi
When it comes to Algeria's creative influence, all eyes will be on Sofiane Feghouli…well…almost all eyes.

Alongside the Valencia man will be a diminutive midfielder confident that he too can make an impression on the grandest stage of them all.

Yacine Brahimi has had a stop-start career to date. Once the great hope of French side Rennes, the player left the club in 2012 (permanently in 2013) having barely begun to make the impact that was expected.

Things have been much more propitious in Spain however where, with Granada, the Algerian has played his part in memorable victories over Barcelona and Elche.

On both occasions, Brahimi scored the winning goal and he will be at least an able wingman for Feghouli in Brazil.

Wilfried Bony
Anyone who has glimpsed Wilfried Bony's goal-scoring showings for Swansea City during 2013 might struggle to understand why the notion of such a player making an “impact” in Brazil might be considered “unexpected.”

The answer lies in the presence of Didier Drogba—still such an influential figure for the Elephants at the age of 36—and Bony's underwhelming scoring record and performances with the national side.

Eight goals in 23 games doesn't suggest a player who is primed to set the world alight.

Bony has only started one of the Elephants' last six games, but, considering Drogba's age and Lacina Traore's injury, he may well expect to receive considerable minutes in Brazil.

The defences of Japan, Colombia and Greece will not relish a battle with the powerful frontman should he be given his opportunity.

Victor Moses
Victor Moses has had a disastrous campaign on loan at Liverpool.

The forward has struggled for minutes, has looked out of sorts when he has played and is one unhappy stain on the Reds' fantastic season.

It's remarkable to think that someone who has so often appeared so hapless might actually end the year with a Premier League winner's medal!

The context of the World Cup and, specifically, the Super Eagles, might be exactly what Moses needs to rediscover his form. Few in Nigeria doubt the ex-Wigan man's qualities.

He was, after all, one of the Cup of Nations heroes in early 2013 and enjoyed his moments for Chelsea during elite matches in the Champions League and Europa League.

Playing on the left of Nigeria's front three, Moses will enjoy both the freedom and the responsibility that perhaps he has not had at Liverpool.

Super Eagles fans will be praying that he can repeat his stunning performance against Ethiopia in the AFCON group stage.

Christian Atsu
Ghana have a plethora of talented midfielders. All of them bring their own unique contributions to the table, but, largely, there is a “type” that is in abundance.

No one can provide pace and directness quite like Christian Atsu, however, and this is why the Chelsea man—in many ways the “odd one out” of Ghana's midfield—could be an unexpected star this summer.

The winger thrives in wide positions and loves little more than running directly at terrified full-backs.

Should the Black Stars find themselves having to absorb a lot of pressure—a likelihood considering their taxing group—then Atsu offers a sublime out-ball option.

If the West Africans are on the front foot, then the Vitesse Arnhem laonee can unsettle massed defences with his pace and movement.

Atsu might be the only player that can save Ghana from getting bogged down in the centre of the park.