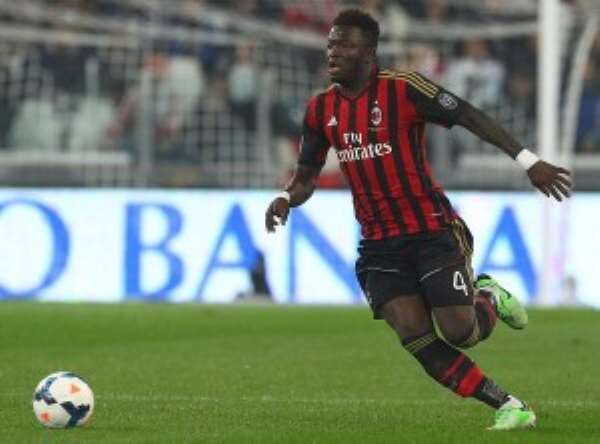 Ghana midfielder Sulley Muntari says he is focused on getting his Italian club AC Milan to finish well in the league rather than Ghana's quest at the World Cup as the tournament in Brazil is two months away.

AC Milan have struggled this term and must win their next two matches to secure a place in the Europa League next season.

Fans of the Italian club are afraid that their Ghana star is thinking about the Black Stars challenge at the World Cup in June rather than AC Milan's difficult season.

Muntari says he is currently focused on his duties with AC Milan as Ghana's challenge at the World Cup has got some weeks to go.

“I'm not thinking about the World Cup in Brazil, we're all focused on the league,” Muntari told the Milan Channel on Thursday.

Ghana will play Germany, Portugal and USA in Group G of the World Cup in June.