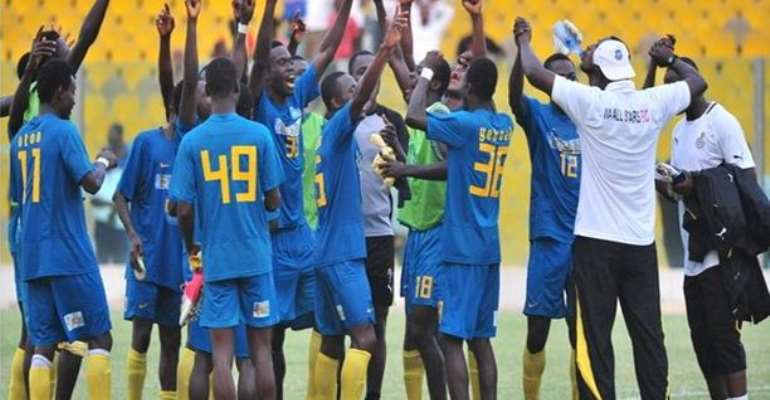 Asante Kotoko slumped to their second defeat in four days as they fell 3-1 to Wa All Stars to delay their third successive triumph in the Ghanaian top flight.

A brace from ex Kotoko forward Michael Mensah and one other from Ismail Ganiyu was enough to inflict more misery on the champions at the Tamale Sports Stadium.

With closest rivals Heart of Lions not in action and Hearts of Oak losing at Hasaacas in the midweek fixtures, Kotoko were in with a chance of sealing their third consecutive top flight title.

Mas-Ud Dramani's team needed a win to confirm the successful defence of their title but it wasn't to be at least until the next matchday.

Mensah headed All Stars into the lead off a corner kick in the 28 th minute.

The former Porcupine Warrior returned to complete his brace early in the second half to set the tone for what threatened to be a complete thumping.

Kotoko however engineered a fight back and struck in the 60 th minute through striker Seidu Bancey.

The champions kept pushing in search of the elusive equalizer and were dealt a heavy blow when Ismail Ganiyu finished off a move to restore All Stars' two-goal lead.

There was however time for Kotoko to get a goal back late into injury time when they were awarded a penalty kick.

Bancey who is chasing the top goalscorer award however stepped up to shoot into arms of All Stars goalkeeper Ofori.