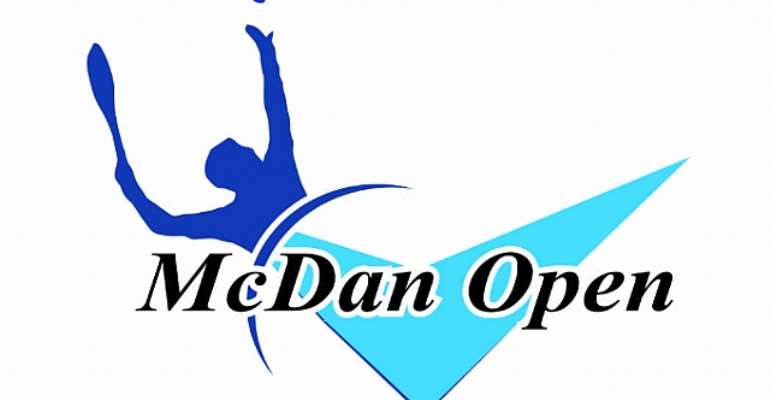 Over 100 tennis players are expected to do battle for honours in the much-awaited McDan Open tennis tournament which begins on Tuesday at the Accra Stadium Tennis Courts.

The five-day spectacle which ends on Saturday April 26 will see players 18 years and above battle for honours in the Men's open singles and ladies Open Singles categories.

The tournament sponsored by McDan Shipping Company Limited with support from Rush Energy Drink comes at a time when the local tennis calendar is lacking competitive events. It is for that reason that the Ghana Tennis Federation has sanctioned it as a ranking tournament.   The aim of the tournament is to return Ghana Tennis to its glory days as a Euro Africa Zone 2 of the Davis Cup.

The winners of the men's singles and women's singles categories pocket GHC 1,000 and a trophy each with the best four players of the tournament getting the rare opportunity to travel to Spain for a training tour. The tour will also be sponsored and facilitated by McDan Shipping Company Limited the headline sponsor.

This is the first of a chain of two tournaments a year for the next five years. The official draw for the tournament will take place at the Accra Stadium Tennis Courts on Monday April 21 at 9 am. Thanks