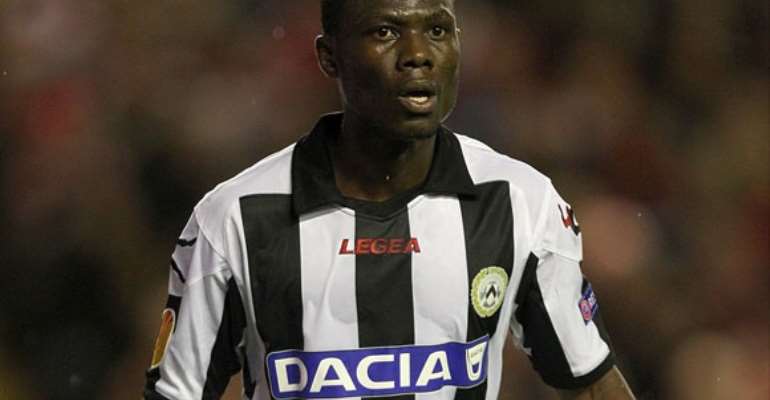 Udinese midfielder Emmanuel Agyemang-Badu has hailed the fighting spirit of his side in their come-from-behind 1-1 draw with Napoli at home.

The visitors opened the scoring through Jose Callejon in the 39th minute but Les Zebrettes rallied to draw level through Bruno Fernandes on 54 minutes.

Badu played the entire duration of the match to help his side earn a point at the Stadio Fruili.

“Upon their advantage we did well to react quickly and now we have to continue like this until the end of the season as much as possible to improve our ranking. Bruno Fernandes ? He scored a great goal.”

He has made 25 Serie A appearances for Udinese and scored three goals.