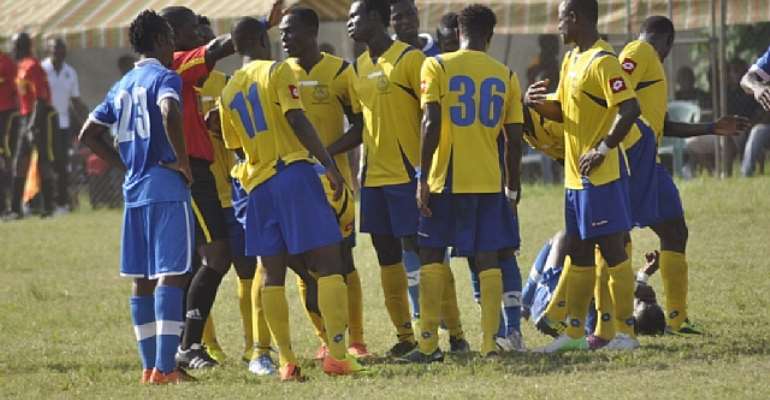 New Edubiase United have moved further away from the relegation zone after posting a narrow 1-0 win over an impressive Sekondi Hasaacas side in Bekwai in the Ghana Premier League on Sunday.

Stephen Manu cemented the victory for Edubiase with a first-half penalty and Hasaacas were unable to get back into the game.

The Movers had to negotiate for victory without their influential midfielder Asiedu Attobrah who is on trial with German side St Pauli.

The striker was on his way to scoring when Hasaacas defender Isaac Tumasi handled the ball and Manu powered home to claim all three points for Anthony Commey's men.