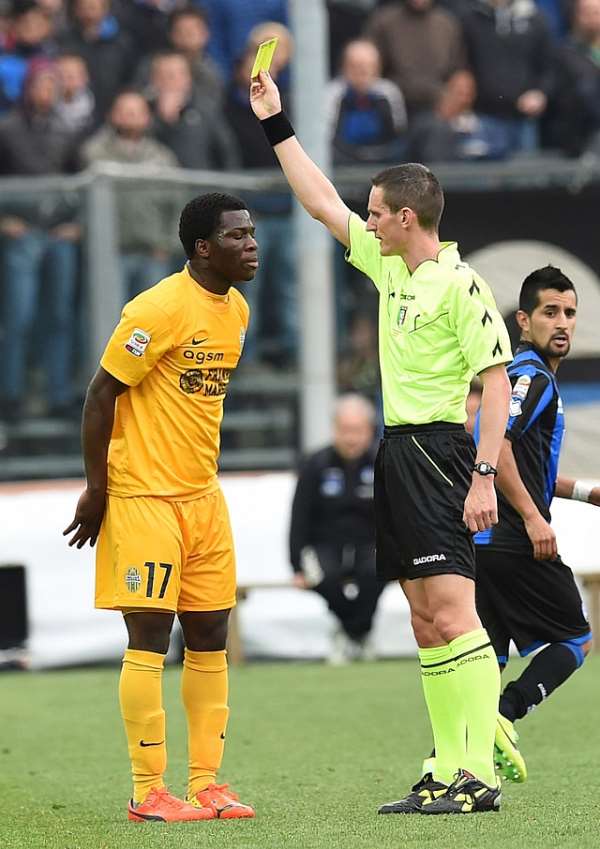 Ghana youth midfielder Godfred Donsah played his first Serie A match by climbing off the bench in Hellas Verona's 2-1 win at Atalanta on Saturday afternoon.

The 17-year-old replaced the experienced Massimo Donati, who had opened the scoring on 53 minutes, in the 68 th minute.

After nine minutes on the pitch at the at Stadio Atleti Azzurri d'Italia, he was booked by referee Daniele Minelli for a strong challenge.

Coach Andrea Mandorlini had handed the Ghanaian bench-places in 10 of the club's 33 Serie A games this season.

Donsah is a highly rated talent in Italy, according to his agent Oliver Arthur.

He is a member if Ghana's U20 squad preparing for the 2015 African Youth Championship qualifiers.